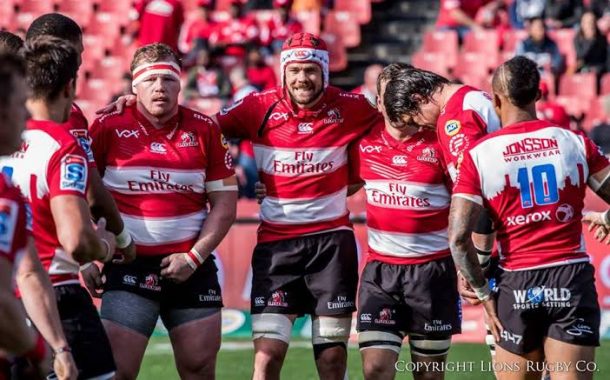 The Lions have finally addressed their wonky scrum ahead of Friday’s Super Rugby clash against the Waratahs in Sydney.

Veteran Du Plessis drops out of the match day squad altogether after starting the first three matches of the season.

With Campher’s elevation it is also hoped the Lions can find more consistency at line-out time. The Lions pack has underperformed this season and even the Reds bossed them in them in the scrum at Ellis Park earlier this month.

Being bossed by another Australian scrum would have been too ghastly to contemplate.

Apart from bringing in fresh faces‚ the Lions have also opted to go with a six-two split on the bench as they hope to stretch their ball-winning ability across 80 minutes.

To that end Willem Alberts‚ Wilhelm van der Sluys and Hacjivah Dayimani will be kept in reserve.

At scrumhalf Andre Warner makes an anticipated return with Morne van den Berg dropping to the substitutes‚ while Jamba Ulengo gets a start at the expense of Courtnall Skosan‚ who drops out of the match day squad as a result of the team’s rotation policy.

If the Lions are under pressure with just one win from three matches‚ the Waratahs are absolutely desperate after their worst start to Super Rugby.

They are hoping to avoid becoming the second Australian team to lose four consecutive matches at the start of the season. They’ve already lost to the Crusaders‚ the Blues and the Melbourne Rebels.

Previously they have not lost two matches at the start of the season‚ let alone three.

Lions coach Ivan van Rooyen is expecting the hosts to be fired up.

“They lost their first three games and that will make them extremely desperate. We are definitely expecting a physical onslaught.

“They’ve got quality players‚ quality Test players as well. We won’t be complacent because we know what is coming our way. We’ve heard about their mind set and how desperate they are‚” said Van Rooyen.

Although the Lions have won their last five matches against the Waratahs‚ including a 29-0 shut out in Sydney two years ago‚ they will be playing at a new venue on Friday.

The Waratahs are taking the game to different communities in New South Wales and this clash will be played at the Bankwest Stadium in the west of Sydney.