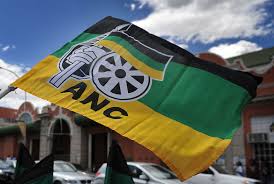 The ANC in Limpopo intends to investigate how factionalism within the organisation might have affected the outcome of the local government elections.

Addressing the media during a briefing in Polokwane on Thursday in the presence of other party leaders‚ ANC provincial secretary Nocks Seabi said they would have to understand how factions had impacted the organisation’s performance.

The party has maintained that it still enjoys overwhelming support in the province despite losing out on mayoral and other pivotal council seats in two local municipalities this week.

“We have to ask ourselves to what extent the issue of factions is affecting us. Factions must not lead to the demise of the ANC‚” he said.

The Provincial Executive Council (PEC) is expected to hold meetings within the next coming few days to discuss the outcome of the elections and develop programme to mitigate challenges faced by the organisation.

Seabi said the meeting would allow the PEC to do an honest introspection and assess areas of concern including issues relating to disputed candidate nomination processes.

He said the party would also go back to its branches and regions to seek their advice and views.

Seabi slammed reports that the PEC was divided‚ saying they only acknowledged factionalism within the broader movement.

“We wish to place it on record that our PEC is very robust. Various ideas are contested from various angles before a decision is arrived on every issue. This reflects the vibrancy of democracy in our executive structures and it can only be mischievous to portray that as a sign of divisions‚” he said.