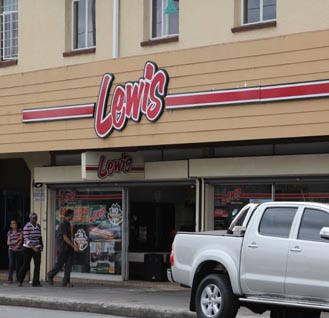 Lewis Stores has been found to be in breach of the National Credit Act by the National Consumer Tribunal for selling loss of employment and disability cover to pensioners as part of credit insurance.

The furniture retail group was also in breach for selling loss of employment cover to self-employed consumers. Lewis Stores and Monarch Insurance Company were referred to the tribunal following an investigation by the National Credit Regulator (NCR).

Jacqueline Peters‚ Manager: Investigations and Enforcement at the NCR‚ said that the basis of the NCR’s referral was that the sale of loss of employment cover to pensioners and self-employed consumers was unreasonable and imposed an unreasonable cost on such consumers.

The same applied to the sale of occupational disability cover to pensioners where they no longer had an occupation‚ said Peters.

The National Consumer Tribunal‚ in a judgment handed down on Wednesday‚ agreed with the NCRs’ submissions and found that Lewis Stores:

The tribunal interdicted Lewis Stores from engaging in this conduct in future and ordered that an independent audit be conducted on all credit agreements entered into by he group since 2007.

It also ordered that all affected consumers‚ identified in the audit‚ be reimbursed the premiums paid for this insurance. Commenting on the verdict‚ Peters said the NCR considered it a “great victory” and that it would be returning to the NCT to argue that a fine be imposed on Lewis Stores.