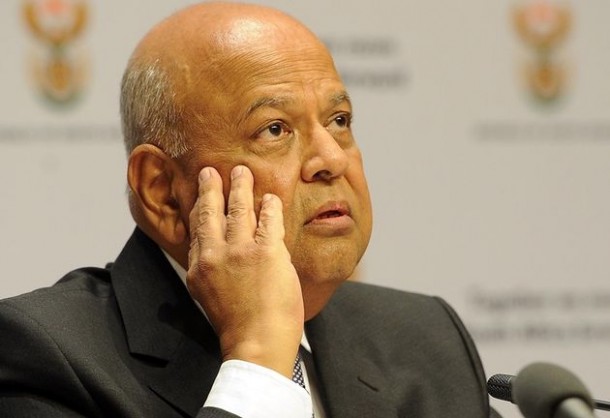 ‘Let me do my job’: Gordhan

President Jacob Zuma flew out of the country this morning and will remain abroad for a fortnight as Finance Minister Pravin Gordhan slugs it out with the Hawks.

Gordhan yesterday said he would not comply with the summons by Hawks head General Berning Ntlemeza to present himself at the unit’s offices today.

The Hawks said he was to be questioned about allegations related to his role in the formation and activities of the so-called “rogue unit” set up when he was head of the SA Revenue Service.

“I have a job to do in a difficult economic environment and have to serve South Africa as best I can. Let me do my job,” he said yesterday.

Gordhan’s legal team, which includes prominent advocate Wim Trengove, will represent him at the meeting with the Hawks.

Former finance minister Trevor Manuel has defended Gordhan, saying it is ridiculous that an “acting” head of the Hawks is persecuting him on baseless charges.

Speaking on eNCA, Manuel warned that if Gordhan were arrested the consequences would be catastrophic – far worse than the damage done to the country and its economy by the firing of Finance Minister Nhlanhla Nene, Gordhan’s predecessor – in December.

“It will do much more damage,” Manuel said. “To go back to that is really to scream ‘fire’ in a crowded theatre. Such action will destroy this economy. The next move is up to the head of state to say: ‘If you have any evidence, let’s handle this in a responsible way’.”

Manuel said he agreed with Gordhan’s decision not to report to the Hawks as demanded: “He’s had sound legal advice.”

Zuma will today travel to Nairobi, Kenya, for the sixth Summit of the Tokyo International Conference on African Development. From there he is expected to travel to a meeting of the SA Development Community in Swaziland before going to China.

Insiders said the Hawks would have told Zuma that Gordhan was to be ordered to report for questioning.

Other government officials said Gordhan would be in Cape Town and his lawyers would handle the fight with the Hawks for now.

In a letter sent to Gordhan, Hawks investigator Major-General MS Ledwaba wrote that the investigation “is complete” and asked Gordhan to “give his version on the allegations” against him.

The letter shows that the Hawks are investigating charges of contraventions of the Public Finance Management Act, the Prevention of Corrupt Activities Act and the National Strategic Intelligence Act.

Ledwaba said Gordhan had approved the early retirement of deputy SARS commissioner Ivan Pillay, resulting in SARS paying Pillay’s early retirement penalty of R1.2-million even though he had asked for early retirement and would therefore normally be himself liable for payment of the penalty.

He said Gordhan then approved Pillay’s rehiring on contract.

As the pressure on Gordhan mounted, the rand weakened by more than 50c against the dollar since late on Tuesday.

The “don’t touch SA” switch has been firmly pressed, said currency dealer Andre Botha. “The shaky political sphere we have negotiated in the past six months is in danger of collapsing, and a lot of good sentiment has been washed away.”

Data released by Stats SA had shown inflation slowing from 6.3% in June to 6% in July, but the fear is that a weaker rand will undo this.

Economist Azar Jammine said Gordhan now saw himself as a crusader for the country. If he were fired, it would be devastating for the economy. Top Treasury staff would probably quit, said Jammine, and the new team was likely to be far less fiscally austere.

“They would be spending like crazy and the consequences would be money flowing out of the country and interest rates increasing.

“The only way to fund spending will be to print money and this could lead to hyper-inflation. What we saw last year [following Nene’s axing] would be a picnic.”

Gordhan, together with four other former SARS officials – Pillay, Johann van Loggerenberg, Pete Richer and Andries van Rensburg – were ordered on Tuesday by Ntlemeza to report to his office today.

Gordhan participated in a debate on the economy at a Cape Chamber of Commerce event last night, and said he remained an optimist. He talked tough on corruption, saying the only way to end inequality was to ”stop the bloody nonsense”.