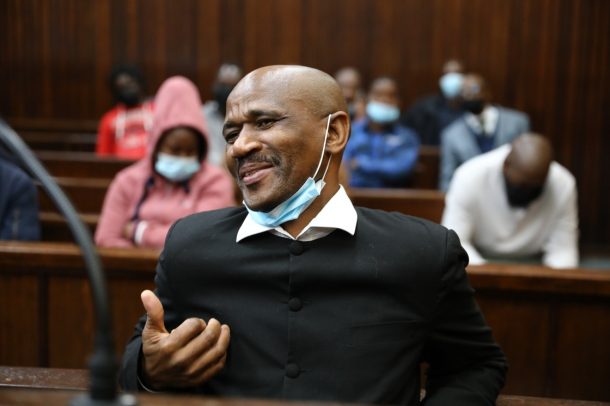 On Thursday‚ LPC advocate Mfesane Ka-Siboto told the Pretoria high court that there were 22 complaints of malpractice in respect of Teffo’s conduct.

“More than 75% of the complaints relate to how Teffo conducts himself‚” he said‚ adding that Teffo has also been charged with assaulting a female police officer from the Gauteng police provincial offices in Parktown.

In addition to its application for an order to have Teffo’s name struck off the roll‚ the council wants Teffo to immediately surrender and deliver to the registrar of the court his certificate of enrolment.

Teffo was admitted as an advocate on January 5 2009.

Teffo told the court he was not aware of the matter until recently. This‚ however‚ was disputed by Ka-Siboto who made reference to correspondence from Teffo regarding the matter dating back to 2021.

Teffo made submissions that he was not aware of the matter and that he needed a postponement. He told the court that he had no knowledge of which case he had to answer to as‚ after checking with the registrar‚ the case number he had reflected another matter.

Teffo submitted that the matter should be dismissed with costs.

He also told the court that he is a complainant against the LPC in the equality court.

“They are discriminating against me‚” Teffo said.

He said many people would suffer if he was struck off the roll and that the allegations were damaging.

The court denied Teffo’s application for a postponement‚ saying he was aware of the matter a year ago and should have sourced legal representation.

Ka-Siboto submitted that Teffo was not a fit and proper person to continue to practise as an advocate. He said the application was to ensure that an order is granted which will protect the public from a “rogue practitioner who is no longer fit and proper to remain within the ranks of the profession”.

Ka-Siboto further submitted that Teffo had made himself guilty of unprofessionalism or dishonourable or unworthy conduct and was no longer a fit and proper person to continue to practise as an officer on the court.

He argued that Teffo’s conduct reveals character defects which cannot be tolerated and he does not meet the standard of behaviour‚ conduct and reputation required of a legal practitioner.

The matter was rolled over to Friday after a few exchanges as Teffo said he was not available. The court ordered that he avail himself.