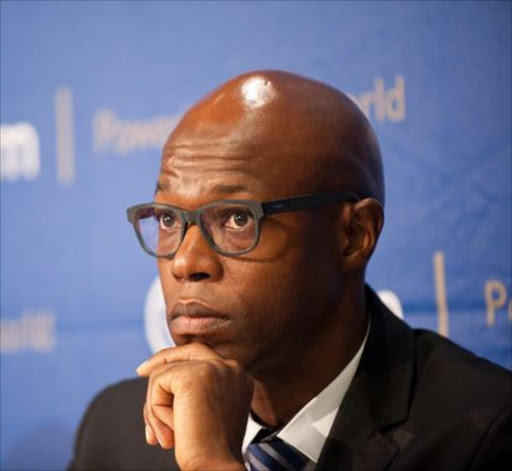 Koko heading to parliamentary inquiry to prove his ‘innocence’

After surviving at least three disciplinary hearings‚ Eskom’s head of generation Matshela Koko is relying on his submission to the parliamentary inquiry into alleged corruption at the power utility to prove he is innocent of all the allegations against him.

Koko‚ who resumed his duties two weeks ago after being suspended for almost six months in his capacity as acting group chief executive officer‚ has denied any wrongdoing involving payments made to companies doing business with the power utility but instead‚ has accused his former colleagues of maladministration.

“I was not involved in the approval of the now controversial payments that Eskom made to Trillian. I did not approve any such payments and first learnt that direct payment had been made to Trillian through the press‚” says Koko in his submission that he will make on Wednesday – of which TimesLIVE has a copy.

This follows reports that Eskom made a R1.6-billion payment to Trillian and global consultancy McKinsey. Even though the power utility never had a contract with Trillian’s subsidiaries‚ it was reported that it made at least two payments of R30-million and R500-million in consultancy fees.

Trillian has direct links to the Gupta family and McKinsey is publicly taking comfort in the apparent lack of a subcontract with Trillian‚ from which it reportedly distanced itself when they failed its own due diligence tests.
Trillian was also the “supply development partner” of McKinsey in an agreement it had to provide services to Eskom until the relationship between McKinsey and Trillian ended in March 2016.

“I am not aware of how McKinsey was originally introduced to Eskom. I can say‚ though‚ the ‘top engineer’ programme has been very helpful to Eskom to develop the expertise to engineers. It continues to this day‚ still with intellectual property that McKinsey provided‚ albeit that McKinsey itself is no longer a consultant to Eskom‚” said Koko.

“I do not know how Trillian got involved with McKinsey. However‚ representatives of Trillian‚ acting on McKinsey’s behalf‚ started participating in functions executed by McKinsey as from some time beginning of 2016‚” he added.

Koko‚ 48‚ in his submission‚ says Trillian apparently submitted an invoice for R30.6- million directly to Eskom in early February 2016. He added that he did not know that at the time but was only made aware of this on February 10 2016 during a meeting he had with Bianca Goodson‚ then CEO of Trillian.

To date‚ Eskom has been at the centre of allegations that the politically connected Gupta family used their relationship with state President Jacob Zuma to win lucrative contracts from state companies.

The Guptas and Zuma have denied any wrongdoing. Trillian‚ a financial services firm‚ is linked to the Gupta family through business associate Salim Essa‚ who was its principal shareholder until he sold out in July.