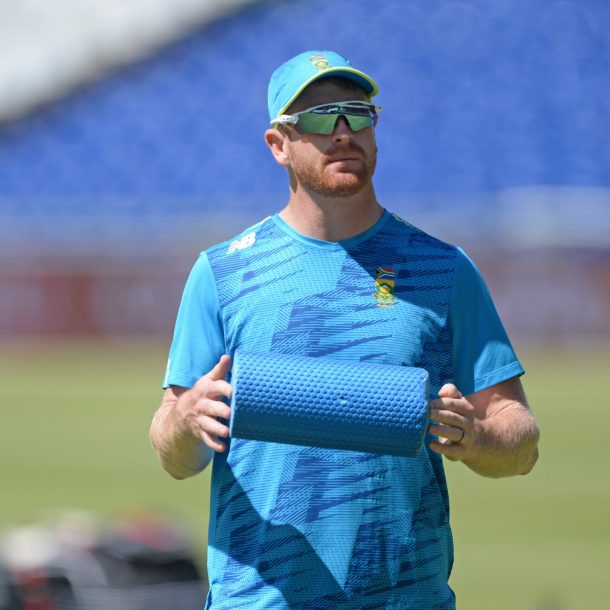 Klaasen after Azam smashes Proteas: ‘We could have done a few things differently’

Stand-in Proteas captain Heinrich Klaasen ruefully admitted that it was difficult to counter the class of Babar Azam in the thumping nine-wicket loss to Pakistan in the third T20 on Wednesday in Centurion.

Azam scored a sensational knock of 122 off 59 that included 15 boundaries and four maximums and was part of a sizzling match-winning opening stand of 197 off 107 with Mohammad Rizwan.

“It was something watching from behind the stumps to be honest‚” said Klaasen also admitting that that SA did everything they could to stop the explosive Azam and Rizwan‚ to no avail.

“We tried a lot of things. We tried to go death at them early because they were hitting the ball nicely but they made a lot of good balls that were well executed look bad by very good placement and some strokeplay.

“You always feel you can do something different but when a guy like Babar is batting brilliantly I don’t know what it is you can do. We have set plans and sometimes you have to go with your gut feel but once again he batted brilliantly – but we could have done a few things differently.”

Klaasen also admitted that the Proteas were a margin short batting and their fielding was also not up to the required high standards they have set themselves.

“I reckon we were about 10 runs short. It was a very good wicket‚” he said.

“We had both openers going past 50 runs but we are guilty that not none of the guys over the last three games has scored runs in the back end like the Pakistani batters.

“We were very poor in the field as well. We strive not to be bad on the field. I think the guys are trying too hard and it is something that we will have to correct. But it has been a trend.”

The Proteas must win the last match to avoid series defeat and Klaasen said they n need to put runs on the board to level the series at 2-2.

“We have to score more runs. The wicket was very good and we were about 10 runs short as I have already indicated.

“They batted brilliantly and we don’t have enough answers for the way they batted and when a guy like Babar comes off it is very difficult to defend on this ground.

“We will look at a couple of things‚ there is a short turnaround and all those things but one thing for sure is that the boys will be up for it. We really want to make sure that we draw the series.”