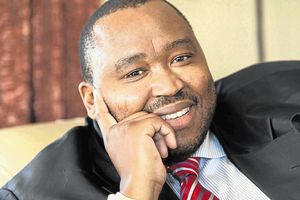 Khulubuse Zuma linked to US probe

President Jacob Zuma’s nephew‚ Khulubuse‚ is back in the spotlight over an oil deal being investigated by US federal authorities.

The US justice department is probing Och-Ziff‚ a hedge fund manager‚ about its investments in Africa‚ which include financing oil fields in the Democratic Republic of Congo “owned” by Zuma.

The amaBhungane Centre for Investigative Journalism is reporting that Zuma was presented as the owner of companies to which DRC president Joseph Kabila awarded oil rights in 2010.

Khulubuse Zuma said earlier this month that although he was named in the Panama Papers‚ he did not hold offshore bank accounts in tax havens.

He was reacting to earlier reports about his links to Caprikat‚ a company registered in the British Virgin Islands‚ that he represented in a R100 billion oil deal in the DRC.

Willcox had no knowledge of Och-Ziff financing the oil fields and said that he had not been contacted by US authorities.