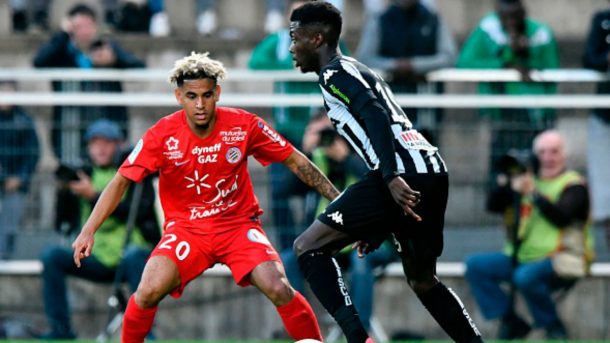 Keagan Dolly is back in training at French Ligue 1 side Montpellier and is just a few weeks away from being ready for first team action.

Dolly has endured a miserable‚ injury-ravaged last few seasons‚ but is hoping to get some game-time before the end of the campaign‚ which would also be a significant boost for Bafana Bafana coach Molefi Ntseki‚ who is in the midst of 2021 Africa Cup of Nations qualifiers.

The 27-year-old has made just six appearances in Ligue 1 this season as he battled with ankle and thigh problems‚ which followed only three appearances in 2018/19 following a fractured leg.

It has all stalled the career of the left-winger‚ who moved to Montpellier from Mamelodi Sundowns ahead of the 2016/17 season and was making good progress until his injury woes.

He could well feature in a friendly this weekend as he seeks to prove his fitness‚ and is expected to be in full training by next week‚ barring any set-backs.

Dolly has not played for Montpellier since a 1-0 loss to Lebo Mothiba’s Strasbourg in September‚ though he has made a few appearances on the bench since.

He still has another season remaining on his contract with the French club‚ and these next few months could be vital in determining how long he stays.

Montpellier are currently sixth in Ligue 1 and still in with a chance of qualifying for the UEFA Champions league next season with 11 games to go in the campaign.