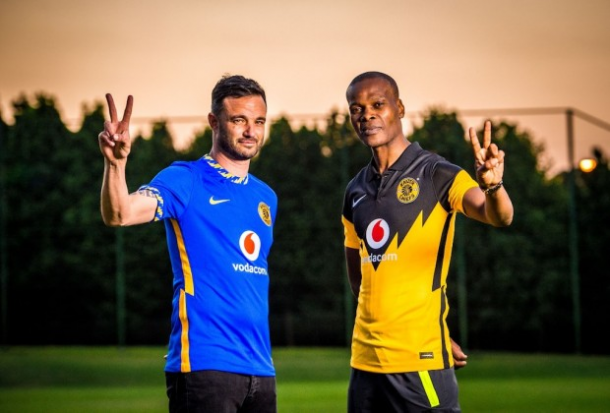 Kaizer Chiefs have announced the appointment of former Bafana Bafana midfielders Arthur Zwane and Dillon Sheppard as his assistant coaches to Gavin Hunt.

The duo will join the technical team this week with Zwane making a return after having been with the first team between 2010 and 2012.

Before going into coaching‚ Zwane played for Kaizer Chiefs between 2000 and 2010 where he made 252 appearances with a contribution of 32 goals and winning no less than 12 trophies with the Glamour Boys.

“We believe we have put a solid technical team together and we will give them all the necessary support they require. The wealth of experience among the three gentlemen is what we need to ensure we compete and build a strong team‚” said Chiefs chairman Kaizer Motaung.

Until recently‚ Zwane coached the Chiefs Reserve team that plays in the MultiChoice Diski Challenge (MDC).

Thibedi‚ Shopane‚ Rorwana and Twala were moved to Moroka Swallows last season and played an instrumental role in helping The Birds gain promotion to the Premiership.

Zwane played nine times for the national team and has been asked by Molefi Ntseki to be his assistant for international matches since his appointment as the Bafana Bafana coach.

On the other hand‚ Sheppard was Hunt’s assistant at the now defunct Bidvest Wits.

He joined the coaching ranks at Wits after hanging up his boots in 2017 when the team won its first league trophy and prior to that he played for several clubs in the PSL and also in Russia and Greece.

Sheppard is a product of the School of Excellence and played topflight football for 20 years‚ starting way back in 1997 with Seven Stars where he was coached by Hunt and he has represented South Africa at the U17‚ U19‚ U23 and Bafana Bafana.

Zwane and Hunt will sit on the bench with Hunt‚ but will also work with the various youth side coaches to ensure synergy between the first team squad and Chiefs’ Youth Development Academy structures‚ particularly the MDC.

“The fact that Arthur and Dillon will concurrently work with the senior team as well as with our Reserve side means that the transition for the young players to the first team squad will be easier. We have an abundance of talent.

“However‚ they will need nurturing while we also need to focus on winning. Both assistant coaches have youth football experience and we believe they will continue to share their knowledge with our other youth coaches and players‚” said Motaung.