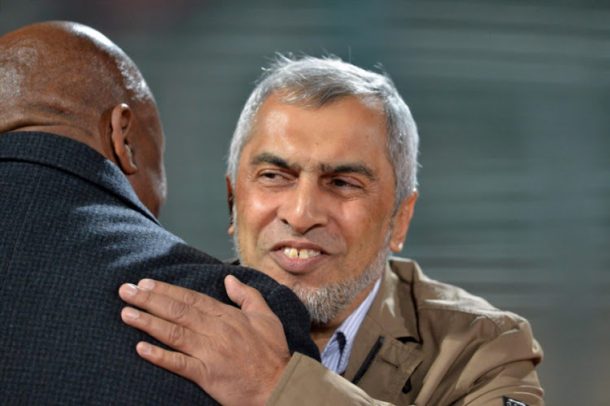 Maritzburg United chairperson Farook Kadodia says his club will pursue their protest and seek a walkover in a disciplinary committee after Cape Town City played without player cards in a 3-2 DStv Premiership win to the Citizens on Tuesday evening.

City media officer Julian Bailey said the Cape club had done what they could to produce copies of necessary documentation stolen from team manager Moenier Davids’ car about two hours before the game at Cape Town Stadium.

Bailey said the Citizens did not have copies of their player registration cards available as such a problem had never occurred before.

Kadodia‚ said his club attends games with two sets of player cards. He said United played the game under protest as the Premier Soccer League (PSL) had informed the KwaZulu-Natal club the match should go ahead due to fulfilments to the broadcaster‚ SuperSport.

Asked if United carry two sets of player cards and have copies‚ Kadodia said: “Yes‚ it’s important because if anything gets lost we always have two separate people carrying the cards.”

Maritzburg’s chair said the club would protest the result.

“The only issue I have when people ask me for a sympathetic viewpoint is that the reality is that if the ball was turned the other way‚ what would have happened?” Kadodia said.

“I was told to follow the rules otherwise I wouldn’t be keeping up with the compliance manual.

“We are not holding high expectations. We are complying with the rules where the compliance manual says very strictly: no cards‚ no game.

“We only played last night because the PSL told us we have an obligation with the sponsors‚ with the broadcaster‚ so we should make sure the game was fulfilled‚ and we could protest it thereafter.”

Bailey said City do not have a spare set of player cards.

“Some clubs do‚ and some don’t. We never needed a backup. We do have backup cards for the guys who play in the MDC [reserve league] and the PSL‚ but not for everyone‚” he said.

“But we will definitely make duplicate cards for everyone.”

He said Davids’ car was broken into just before the game near Cape Town Stadium.

“The break-in happened about two hours before kickoff. Our team manager was in his personal car. He stopped at the Spar opposite the stadium to buy things the players needed‚” Bailey said.

“He went inside the store. The car was locked. He had all his belongings in there‚ his laptop‚ a printer‚ everything he normally brings to the stadium.

“Among those were the players’ cards and team sheet‚ and the documentation we needed.

“Afterwards we looked at the footage from the store and it shows clearly there was a break-in and they left with all his bags and belongings.

“We made the match officials and opponents aware of this and showed them the video footage‚ and also got a police affidavit to confirm it.

“After that it was a big debate between us and the away team‚ who decided to play under protest. But we managed to get our documentation together very quickly.

“We got a copy we had at our offices‚ got someone to bring that to the stadium‚ printed new team sheets‚ printed the documentation we needed‚ and it was all submitted to the match commissioner so the game could go ahead.

“We found a solution. We sought help from the PSL‚ who gave us the necessary guidance. They acted swiftly and spoke to us‚ and the opposition and match officials. We were happy the match could go ahead‚ and that we won it in the end.”

Bailey said the PSL would supply new player registration cards to the club by Thursday and their affairs will be in order for their match against Baroka FC at Peter Mokaba Stadium on Saturday.