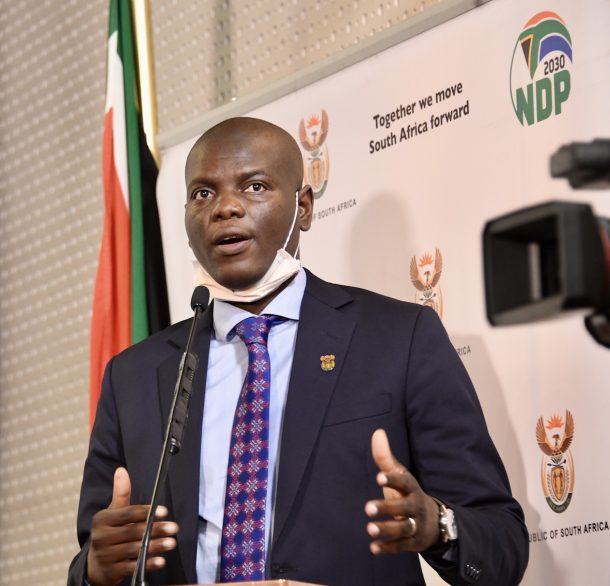 Justice minister Ronald Lamola gave an update on the amended lockdown regulations during a press briefing by the justice‚ crime prevention social security cluster on Wednesday.

He explained the functions of the courts under alert level 3 and warned that violation of lockdown regulations will now carry a criminal record if the person is found guilty by a court.

Lamola clarified that the government is not conducting “mass arrests” of people who are found without masks as the responsibility now lies with owners of facilities in which people gather.

Here are five important points from his address:

Wearing masks
“The responsibility is with the taxi driver or owner‚ or the person who is running a retail shop‚ or a government building. It is anyone who controls the facility where people gather. That person must ensure no-one is without a mask. That person will be prosecuted.”

Criminalising non-compliance
“I must state that from the beginning when we started with the Disaster Management Act‚ we encouraged members of the public to wear masks. We didn’t want to criminalise it‚ but we’re now going to the second stage where we put the duty of compliance to officers. The third stage‚ if there’s non-compliance‚ will be one where it lies with the public.”