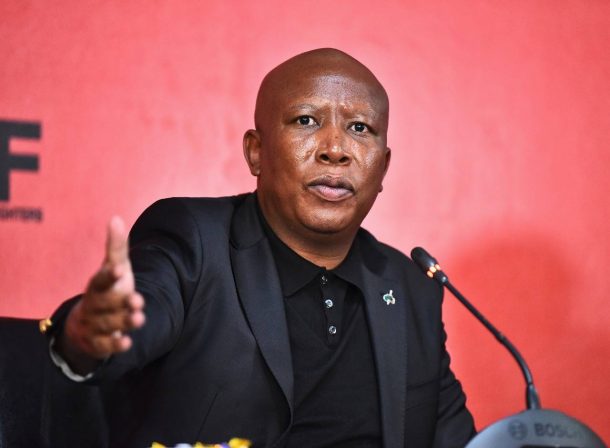 EFF leader Julius Malema has taken aim at the ANC and the country’s deputy president David Mabuza for poor service delivery in Mpumalanga.

This while Malema also pointed his arrow at coal mines in the province‚ accusing them of bribing ANC politicians to get away with their social responsibility to improve areas where they dig up coal.

Malema was on Wednesday wrapping up his three-day long campaign in the province‚ where he addressed various communities.

Speaking at Ackerville‚ Malema said Mabuza should be ashamed of himself to be a deputy president from Mpumalanga‚ which is characterised by underdevelopment‚ from roads with potholes as big as swimming pools to contaminated water.

“I was here in this province for the past three days and I was everywhere. There are no roads‚ it is potholes the whole province‚ some as big as swimming pools‚” said Malema.

“But there are mines here‚ so it is not like there is no money. There is too much money‚ both in government and the private sector‚ but the province of Mpumalanga is rotten with its bad roads and contaminated water that cannot be consumed by animals.

“To make matters worse‚ the deputy president of the country was born and bred in Mpumalanga‚” he went on.

Malema said Mpumalanga was underdeveloped because ANC leaders had been bought for too long and failed to make the coal mines play their part in developing the province where they extract their riches.

Should the EFF get an outright majority in Emalahleni local municipality (formerly Witbank)‚ where most of the coal mines are situated‚ the taps would close immediately on non-compliant mine companies‚ he said.

“I want this Emalahleni‚ because I want to teach these mine owners a lesson when I close the gates.

“The coal mines are doing as they please‚ they are a law unto themselves partly because they give bribes and shares to politicians‚ some of them are owned by politicians themselves.

“You need a radical organisation that is going to the mines — what happened to their social investment initiatives? If those have not been adhered to‚ we must close the mine until we agree on a clear and pragmatic programme.

Malema will from Thursday be moving the EFF campaign to his home province‚ Limpopo.