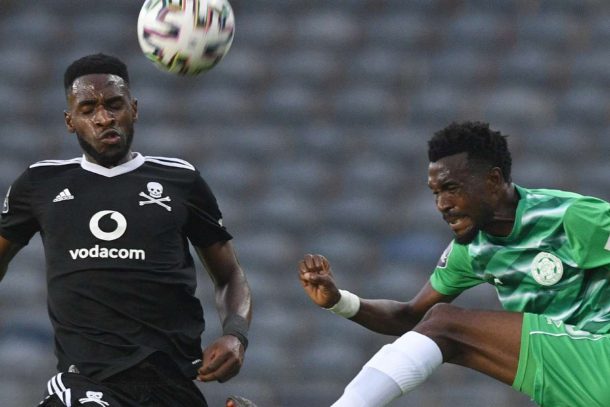 Josef Zinnbauer says tactical changes‚ the introduction of Kabelo Dlamini‚ and a “wake-up call” for the players from the coach in the change room at the break helped his team rally to Saturday’s 3-1 Nedbank Cup last-16 win Maritzburg United.

Pirates went into the break a goal down from Thabiso Kutumela’s ninth minute strike at Harry Gwala Stadium as opposition coach Ernst Middendorp’s low defensive block and aggressive counterattack saw Bucs out of the game in the opening 45 minutes.

Dlamini came off the bench for Ben Motshwari from the break and scored the 56th-minute breakthrough‚ Deon Hotto changing the complexion of the game with a second in the 57th. Dlamini’s skidding shot parried by goalkeeper Marcel Engelhardt in the 78th set up Vincent Pule’s third from the rebound.

“We struggled a bit‚ making too many mistakes in the defence work and the build-ups [in the first half]‚” Zinnbauer said.

“And after this goal that they got‚ we [tried to] go forward. But it was not so easy with the low defence block they were playing.

“In the second half we changed the system a bit‚ and also gave a bit of a wake-up call in the dressing room. And I think the players understood what they had to do and that they had to get out there and play this game [plan] that we had wanted.

“We dominated the game‚ we had opportunities to score. For me it was good that Dlamini scored.

“He came in for this solution that we needed against the low block. And we found the solution in the passing and direction.

“And then‚ yes‚ we scored the first and then the second directly after that. These are the things that you want as a coach.

“Dlamini made not just this goal‚ although it was an important goal‚ which we needed at that time‚ but had a good game. As a player he is always available‚ has quick solutions in small spaces‚ and he brought that into the game.”

A few weeks ago‚ as a blunt Pirates lost 2-0 in the DStv Premiership away to Golden Arrows‚ the star-studded title contenders’ season appeared to be going off the boil as a run of inconsistency saw them win three‚ draw three and lose three to slip to fifth place.

Since then a rally five wins and a draw in six unbeaten league and cup matches will have restored confidence.

It does not seem a coincidence that Bucs’ dip in form followed not long after the news of Zinnbauer’s son Fabio’s horror car accident in Germany in November‚ which must have been a distraction for the coach‚ who showed tremendous dedication returning to his job.

Now Bucs look a team on a mission to restore their title challenge‚ and perhaps also add another cup. Zinnbauer’s tweaks from the break on Saturday were top class.

“We’ll have to see what’s happening in the next game now‚” the coach said‚ asked if he fancies Pirates’ chances in the Nedbank.

“We cannot say it’s easy that we can win a game‚ or win a title. For us it’s important that we win the next round‚ and then we can talk about the next step. It’s a long way in this cup.”
Pirates meet Bloemfontein Celtic at Orlando Stadium in the league on Tuesday.