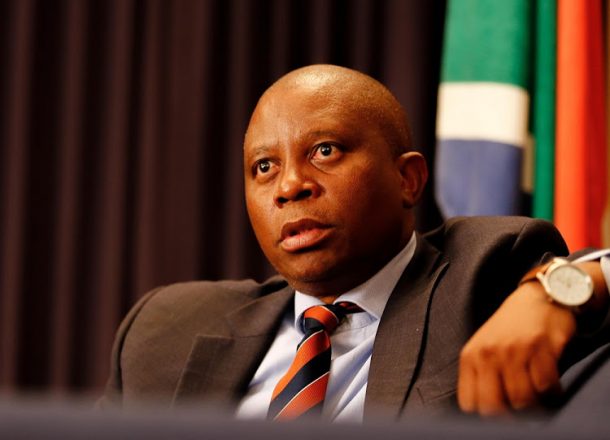 ActionSA leader Herman Mashaba has poured cold water on speculations that Makashule Gana will join his party after his split with the DA.

Gana announced his resignation from the party this week‚ citing a widening trust deficit between citizens and political parties that has resulted in many voters not voting out of despair and disappointment.

He joined the DA 20 years ago and leaves after serving in various structures‚ including as youth leader‚ deputy federal chairperson‚ MPL network chairperson and campaign manager for several elections.

“I am resigning to join an emerging generation of leaders and activists committed to mobilising and organising to return power to the people of SA‚” said Gana.

Speaking on Power 98.7‚ Mashaba said Gana is “absolutely not” joining his party.

He said it was not a surprise that Gana decided to throw in the towel‚ saying more members will soon follow suit.

“I’ve said it many times before‚ you will still see more people leaving the DA‚ black and white.

“Unfortunately‚ the DA’s leadership is not serious about being in government. They are happy being in opposition and working with the ANC of Cyril Ramaphosa because they have this notion that there are two ANCs and they prefer the ANC of Ramaphosa‚” said Mashaba.

Speaking on TimesLIVE podcast‚ Gana said he is not joining any existing political formation or the Rivonia Circle‚ an NGO based in Gauteng.

He also reiterated he is not leaving politics.

“I am not joining any of the existing political formations‚ but the political alternative that will be centred on the people and for the benefit of the people will contest for political power in 2024.”

Gana told eNCA he will not establish the political alternative but will be part of it.

“What I bring into that group is that I’ve got 20 years experience]‚ I’ve organised and won elections‚ I’ve won campaigns and that’s what I want to do. I want to organise so that the power returns to the people.”

Former DA MP Phumzile van Damme wished Gana good luck in his future endeavours‚ saying she was proud of him for resigning.

“Congratulations‚ my friend for life‚ on the new chapter of your life. May it be filled with joy‚ fulfilment and peace. You are one of the hardest-working people I know. I know you will serve SA well wherever you are‚ whatever you do. I am so proud of you‚” said Van Damme.

“This is exciting. SA is hungry for a political party that seeks to build an inclusive SA. May it be a welcome breath of fresh air away from politics of division‚ corruption‚ a poverty of ideas and mediocrity that currently reigns in our politics.”

Gauteng ANC chairperson and education MEC Panyaza Lesufi said: “A dedicated and committed member of the Gauteng legislature for years. So sad to see you leaving‚ my good brother. I wonder what’s the DA’s intention in eliminating quality African leaders. Best wishes.” ⁦