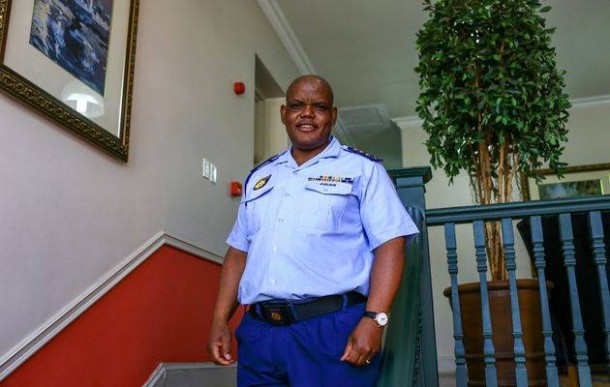 “The wheels of justice have finally turned.”

The warrant was obtained after a warning statement was taken from Phahlane by IPID investigators this morning.

Phahlane is being investigated for defeating the ends of justice and corruption. The charges stem from when he headed the police’s forensics department.

Attempts to reach Phahlane for comment were unsuccessful this morning.

O’Sullivan has been instrumental in helping IPID investigators in their investigation into Phahlane who is believed to have received kickbacks while he headed the forensics department.

He told The Times that he opened the dockets last year while IPID head Robert McBride was on suspension.

“I subsequently opened a further docket of corruption and defeating the ends of justice against the then acting IPID head after I discovered that in March last year he had tipped off Phahlane about the contents of the docket which I had opened.”

“The next evening while held in cells at a Pretoria police station‚ I was told by the Gauteng Hawks head‚ Prince Mokotedi that he had insight into the docket which I had opened against Phahlane and Moonoo and that I would soon be charged with espionage‚ terrorism and treason.

“It was made clear to me from that that Mokotedi is part of a broader conspiracy to shut down any corruption investigations aimed at senior government officials.”

O’Sullivan said with the reappointment of McBride it was clear that the criminal system was starting to work again.

What is the most awkward question a child has ever asked you?#weekendlunch with @FezileManzini ... See MoreSee Less
View on Facebook
· Share