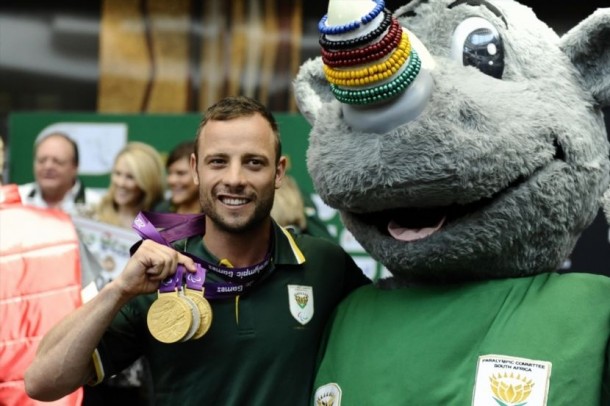 Convicted murderer Oscar Pistorius registered his world-famous name as a trademark after he was initially convicted of culpable homicide for the death of his girlfriend Reeva Steenkamp.

The South African Paralympic star who shot and killed Steenkamp‚ claiming that he mistook her for an intruder on Valentine’s Day in 2013‚ has protected his name from being exploited. He is currently serving a six year sentence for murder.

TimesLive has seen the trade mark document which shows Pistorius applied for his name to be trademarked in February 2015. His application was accepted in June 2016.

As the world commemorates World Intellectual Property Day today legal experts are encouraging South Africans to safeguard their creations‚ much like Pistorius.

“Prior to Reeva Steenkamp’s death‚ the name and image of Oscar Pistorius was a brand worth millions. He represented a number of high value brands and exclusive products‚ from Nike to Terry Muglier‚” said intellectual property law expert Elaine Bergenthuin.

“Interestingly‚ following Pistorius’s initial conviction on the lesser charge of culpable homicide in September 2014‚ Pistorius himself applied for a number of trademark applications to be filed in February 2015 in respect of his name.

The trademark could apply more broadly because of the class under which it is filed.

“In South Africa‚ the classes of goods or services in relation to which the trademark applications were filed include aspects such as: prosthetics‚ medical devices‚ teaching materials‚ psychological counselling and assessments‚clothing and footwear‚ motivational speaking‚physical rehabilitation services and the like‚” Bergenthuin said.

Bergenthuin said despite the need for local innovators to protect their inventions‚ the Department of Trade and Industry’s check and balances when it comes to registering patent ideas and innovations is lacking.

“Our systems when it comes to registering patent rights‚ new inventions and technologies‚ is lacking. We don’t actually examine those patents properly to see whether they actually meet requirements of novelty and are ground-breaking. Our patent rights are granted for anything. 20 other people could have the same patent. It’s granted willy nilly‚” said Bergenthuin.