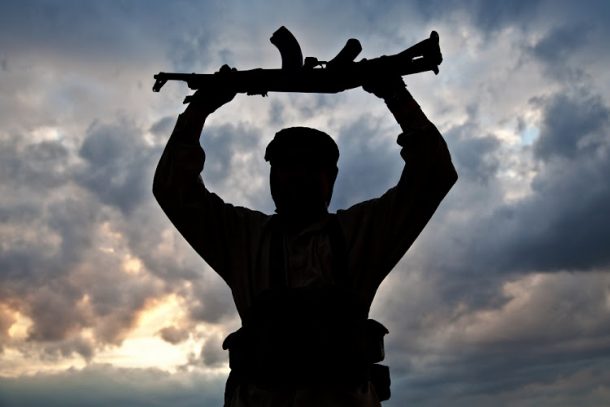 Insurgents ‘settled in’ at captured strategic port in Mozambique

Heavily armed insurgents who seized the strategic port city of Mocimboa da Praia‚ about 90km away from the commercial gas projects in the Palma district‚ remain entrenched in the northern Cabo Delgado province of Mozambique.

Since the first attack on the area by the Islamic insurgents in late 2017‚ an estimated 1‚500 people have died and about 250‚000 have been displaced after numerous attacks and clashes between them and security forces.

Humanitarian organisations say that areas under control of the insurgents are difficult to access. According to the Bishop of Pemba‚ Luiz Fernando Lisboa‚ people displaced from villages attacked by the insurgents do not have humanitarian support.

“The entire province of Cabo Delgado — in districts where there are no armed conflicts‚ is full of displaced people. The most important [need] is food. But it’s not just food‚ there are many types of help that these people need‚” said Lisboa.

A source from a humanitarian aid organisation‚ said they could not travel to affected areas without the risk of being shot or beheaded. “We are neutral‚ we cannot be part of the military columns or enter it alone. On the one hand it may seem as if we are with the government and on the other hand with the terrorists. There may be this perception. Our aim is simply to support these people in need in various ways.”

The Citizen Observatory for Health (OCS)‚ a Mozambican NGO‚ earlier told the media that the closure of 37 health units in districts affected by armed violence in Cabo Delgado had left people there vulnerable.

“In a country like Mozambique‚ with serious problems of access to health‚ the closure of 37 health units in Cabo Delgado aggravates the situation of thousands of inhabitants‚” the organisation warned.

“On the one hand‚ a group of citizens loses their lives because they have not managed to escape the attacks perpetrated by the rebels‚ on the other hand those who survive are at risk of losing their lives due to lack of access to the health system.”

The NGO noted that it was also “important to safeguard the integrity of health professionals‚ to better serve populations‚ victims of conflict and disease”.

On Friday and through Saturday‚ the insurgents carried out yet another attack on Awassi. Sources who had to leave Mocimboa da Praia on Saturday said it was not possible to seek refuge in other districts‚ such as Montepuez. “We left Mocímboa to Nangade. The ‘Al-Shabaab’ started attacking Friday night in Awassi … The bandits are still in Mocimboa‚ taking a walk by foot‚ driving cars‚ motorcycles and bicycles.”

Also on Friday‚ around the city of Pemba‚ one could hear and see helicopters flying overhead and further down the coast. The next day it transpired that it was allegedly an air and sea operation involving Mozambican security forces and private South African security firm Dyck Advisory Group (DAG).

Crisanto Ntego‚ provincial director of the National Criminal Investigation Service (Sernic) in Cabo Delgado‚ earlier announced the arrest of a man with military equipment and assault rifles who was allegedly trying to infiltrate the city of Pemba.

“As part of the fight against terrorism‚ which is plaguing our province‚ specifically in the north‚ Sernic‚ through its sources and in connection with the defence and security forces [noticed] two strange bags in a vehicle leaving Mueda to Pemba … We managed to detain the person who was about to receive the bags‚” said Ntego.

“We were able to seize five AK-47 weapons‚ 10 magazines”‚ of which “seven were full and three empty‚ six pairs of military uniforms‚ four military shirts and a pair of military boots”.