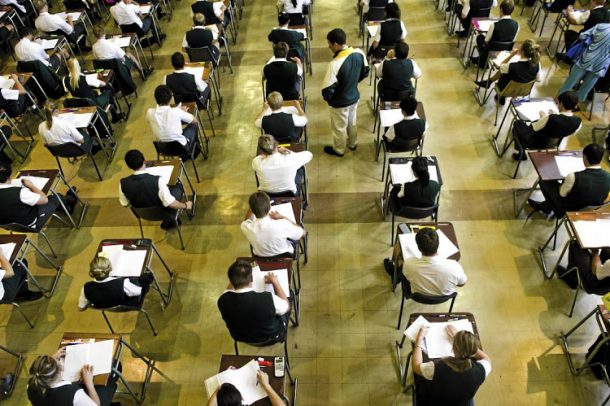 Inside scoop: Matric 2020 pass rate down 5-6%‚ with big drop in pupils doing maths

This is according to an impeccable source after Monday morning’s meeting between the department of basic education and teacher unions‚ during which a technical report on the matric exams was presented.

The source said that the 75% or 76% pass rate would still not be a bad one “if one took into account the massive disruption to schooling as a result of Covid-19 last year”.

According to the source‚ 74‚000 more full-time candidates wrote the exams last year compared to the number of candidates who wrote in 2019.

A disturbing feature of the exams was that there were 15‚000 fewer candidates writing maths compared to 2019.

“It’s really tragic and it all boils down to gatekeeping‚ where weaker pupils are persuaded to write maths literacy instead of maths. This is also directly related to this competition that has been created between schools and between provinces‚” said the source.

Academics previously told TimesLIVE that the pass rate would also dip because progressed candidates (those who were progressed to grade 12 despite failing grade 11) had to write all seven subjects at one exam sitting for the first time last year.

Over the past few years‚ progressed pupils were allowed to write some subjects in October/November and the remainder in June the next year through a system known as the Multiple Exam Opportunity (MEO).

Prof Servaas van der Berg of Stellenbosch University told the Sunday Times yesterday: “My expectation is that the pass rate will decline‚ but I would be surprised if there is a decline of more than 5%.”

Basic education minister Angie Motshekga will announce the results at 4pm on Monday.