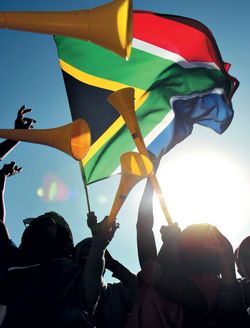 South Africans are becoming both more aware of their rights and more willing to speak out against racism and inequality.

The SA Human Rights Commission dealt with and finalised 505 complaints on racism in the 2015-20 16 financial year – an 82% increase from the previous financial year.

The commission deals with complaints related to discrimination against a person’s sexual orientation, disability, age, colour, culture or religion. But race-related complaints have always topped the commission’s list.

Experts said the increase in complaints did not translate into an increase of racial incidents. Speaking to The Times, the commission’s head of legal services, Pandelis Gregoriou, said the spike in complaints was a matter of concern as it reflected what was happening in society.

Sean Moodley, head of Anti-Racism Network SA, said the increase showed that people were now more aware of their rights.

Gregoriou said the complaints resolved by the commission represented only a small fraction of a far greater problem.

“What we have noted is the comfort with which people make use of social media and the many means available to pick up on [racist] incidents as compared to the past.

Moodley said the public needed to be made aware that every magistrate’s court in the country could address equality matters.

Said Moodley of the rise in complaints: “This is just the tip of the iceberg.

“It’s not that we are more racist, we are just exposing people like never before and there might also be a decline in the incidents as people become aware that they will be reported.”

Gregoriou said the public should not only focus on exposing incidents of racism, but think of ways in which racism could be reduced in our society.