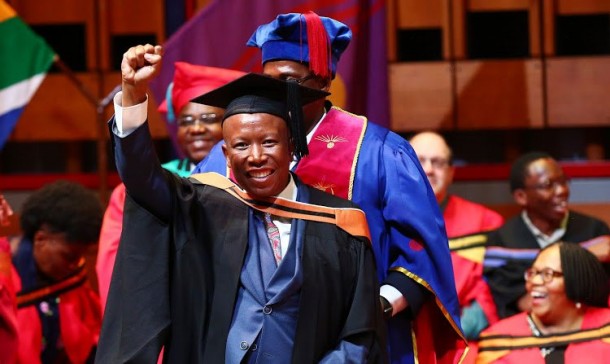 Economic Freedom Fighters (EFF) leader Julius Malema says he is planning to stage a walk-in to register for his master’s degree at the University of the Witwatersrand‚ in support of his party’s controversial call for prospective students to invade institutions.

“Our children are hungry for education. We must celebrate that. This is the year of educating the African child. I’m going to walk in at Wits and register for my master’s‚” Malema said.

Most mainstream universities are asking students to register online to allow them to cope with the huge demand for places.

Higher Education Minister Hlengiwe Mkhize last week cautioned that only eligible prospective students who had been offered a place to study at a tertiary institution would be considered for the fully subsidised education for children of the bottom 90% of South African households announced by President Jacob Zuma in December.

The minister also highlighted that government’s new higher education funding policy was to be phased in over a five-year period for eligible poor and working-class students in a fiscally sustainable manner.

In defence of his party’s call for walk-ins at universities‚ Malema said there were students who did not apply beforehand because they had no hope of affording higher education‚ therefore “those people must also be given a chance”.

The party’s “action plan” comes after a free education announcement for first-year students by President Jacob Zuma starting from January 2018.

Malema said that the South African Council of Churches (SACC) endorsed their movement.

“We are going to engage the government‚ we had a meeting with SACC yesterday and they also support the motion that children who qualify should not be turned away‚” Malema said.

it should make space for students. “They own land and even rent it out. They must now go and tell their tenants to leave so that students can have space. They must empty their reserves and develop the university‚” he said.