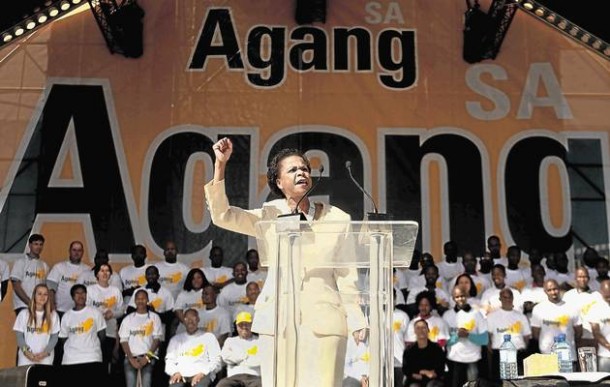 Agang founder Dr Mamphela Ramphele blames the Independent Electoral Commission (IEC) for the party’s failure to win more than two seats in parliament despite having R80-million to contest the 2014 general elections.

Ramphele told Sowetan that if the IEC was truly independent, Agang would have gained up to 15 seats in parliament.

“If we had an honest, free and fair elections, Agang would probably have had between 10 to 15 seats,” she said.

Ramphele said 15 seats would have been worthwhile for her to go and work in parliament and have a voice.

“With two seats, you have two minutes here, five minutes there. What can you do with that in the noise that parliament has become now?”

In a wide-ranging interview on her new book, Dreams, Betrayal and Hope, Ramphele spoke about her disdain for Agang’s two MPs, who she suggested had hijacked the party, but were not true to its values.

“If you hijack a car, it could be a Rolls Royce or a BMW, and then drive it, you’re going to get stuck because it’s not your car,” she said.

Ramphele said the problem with the Agang MPs was that they did not understand the party’s original purpose.

“They did not, in fact, internalise the values we were trying to propound,” she explained.

She described the MPs as passengers in parliament.

“And I hope they will relieve the public purse in 2019 because I don’t know who is going to vote for them,” Ramphele added.