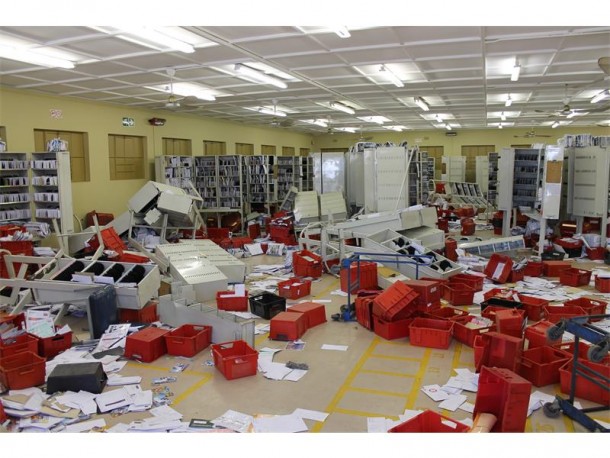 The Complaints and Compliance Committee (CCC) of the Independent Communications Authority of South Africa (ICASA) has fined the South African Post Office (SAPO) R125‚000 for failure to deliver mail.

However‚ the fine has been suspended for three years‚ said Chris Yelland‚ spokesman for the Concerned Group of Specialist Magazine Publishers‚ which lodged formal complaints with ICASA against SAPO following extended strike action by the SAPO workforce during 2014‚ and in previous years.

The judgment also comes after the Public Protector’s investigation and damning report entitled “Postponed delivery” into allegations of corruption‚ maladministration and misconduct by the management of the South African Post Office (SAPO)‚ published on February 23‚ 2016.

The group of concerned publishers had asked ICASA‚ as regulator‚ to review SAPO’s failure to meet its licence conditions during the labour unrest and strikes in 2014‚ taking into account the resulting financial and other damages to the magazine publishing industry‚ and to sanction SAPO accordingly‚ Yelland said.

After receiving the broad complaint from the publishers‚ ICASA narrowed and focussed the complaint to read: “SAPO is in violation of Regulation 4.1 of the Conveyance of Mail Regulations 2009‚ as published in Government Gazette No. 32644‚ by failing to carry mail from the sender to the intended destination.”

During the hearings by the CCC‚ SAPO argued that it had considered outsourcing the delivery of mail through outside carriers during the strike action‚ but had reached the conclusion that this would not solve their problems.

However the CCC judgement found that without any evidence of genuine attempts made by SAPO to engage outside carriers‚ SAPO was not in a position to decide whether this would have been a viable option or not‚ Yelland said.

The CCC ruled that SAPO should have engaged with outside carriers so as to reach a rational and reasonable decision in this regard. This was‚ according to the CCC’s finding‚ where the omission lay.