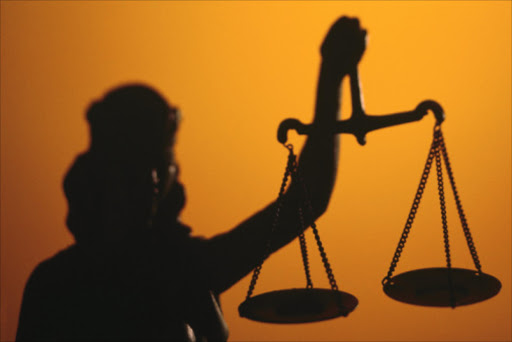 Khosi* wants justice‚ but has little hope that it will be served.

The 20-year-old woman from Emalahleni‚ Mpumalanga‚ was allegedly doused with paraffin and set alight by her boyfriend just days before Christmas‚ on December 21 last year.

Speaking on the phone to TimesLIVE from hospital on Monday‚ the woman said: “They can do whatever they want. We are used to the law being on the side of those who violate us.”

Her diminished faith in the justice system – and the hopelessness she currently feels – were evident in her voice.

She was speaking on Monday‚ while her boyfriend and alleged attacker was appearing in the Witbank magistrate’s court‚ hoping to get bail.

The conversation was cut short‚ however‚ with the interview switching to text as she sounded unclear due to the extensive injuries she suffered to her face and neck in the attack.

Khosi had reportedly been sleeping when 35-year-old Kholofelo Nonyane attacked her. The couple had earlier had an argument at their rented room at Old Coronation section in Emalahleni‚ but nothing could have prepared Khosi for what was to come.

As she slept‚ Nonyane allegedly doused her blankets with paraffin. Police said she had woken up to the smell of the fuel. The suspect then set her alight‚ ran out of their room and locked her inside.

“The victim screamed out of anguish‚ begging for the suspect to open the door‚ which he did but ran away immediately after‚” said Brig Leonard Hlathi.

After months on the run‚ Nonyane was arrested in Bushbuckridge last week. He made his second appearance at the Witbank magistrate’s court on Monday‚ where scores of people demonstrated outside the court‚ calling for him to be denied bail. Among them was Khosi’s mother.

Khosi said although she had little hope in the justice system‚ she was afraid what would happen should he be granted bail.

“They don’t know what he could do to me if he were to be let out‚” she said.

Nonyana appeared before the court‚ where he tried to get bail. His version of events was that Khosi was accidentally burnt due to a candle that had been left burning as they slept. But he failed to give answers as to why he fled the scene and had never attempted to check on her since the incident.

Khosi told TimesLIVE she never wanted to see him again.

“Seeing him or speaking to him won’t make a difference. I am crippled now‚” she added.

Nonyane was denied bail. His case will return to court in September.

The Hero Burn Foundation‚ which has been assisting Khosi and other burn victims‚ welcomed Monday’s court ruling.

“We are very glad about yesterday’s ruling because‚ had he been granted bail‚ this would have sent the wrong message‚” said the organisation’s founder Annerie Du Plooy on Tuesday.

She said people were seemingly unaware how people who sustained severe burns‚ like Khosi‚ need to adapt to a new life while living with the physical and emotional scars forever.

In Khosi’s case‚ her burns resulted in a numerous injuries that mean she would need to have some reconstructive surgery to aid in regaining the use of her affected limbs.

“It takes a very‚ very long time and it is a long road and process of healing. Life as you know it changes forever‚ and with some patients going through severe post-traumatic stress disorder‚ severe pain and severe itching … it is just very traumatic‚” said Du Plooy.

She said burn abuse in South Africa has become a big problem.

“It doesn’t get the attention it needs‚” said Du Plooy‚ adding that in some countries acid abuse was more common than burn abuse.

For burn victims‚ hospital admissions had become even more painful and lonely as the coronavirus pandemic has resulted in the suspension of all hospital visits.

This meant that Khosi‚ who has spent the last seven months in hospital‚ has not seen her family for over three months. She has become dependent on her phone to communicate with her loved ones.

The Hero Burn Foundation urged any well-wishers who may be willing to contribute to Khosi’s needs – such as airtime‚ warm pyjamas and clothes – to contact them.

* Not her real name.