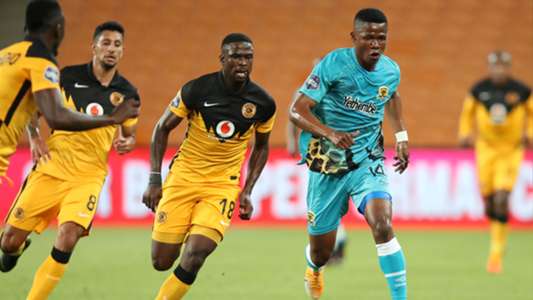 Hunt admits that Chiefs have been poor on the domestic front: ‘The results haven’t helped’

Gavin Hunt has admitted that Kaizer Chiefs’ impressive run to the semifinals of the Caf Champions League has proved to be the perfect distraction as his charges continue to struggle on the domestic front.

Chiefs have an unexpected date against Morocco giants Wydad Casablanca in the semis of Africa’s premier club competition next month‚ but they have to momentarily forget about their continental ambitions as they have more pressing issues at home.

The 11th-placed AmaKhosi face basement side Black Leopards at Thohoyandou Stadium on Wednesday afternoon in a league match they will be desperate to win if they are to make a late charge for a place in the top eight after what has been a poor domestic campaign.

“With our league form not being so good‚ maybe that (the Champions League) was a good distraction to go away‚ play with less expectancy and prove that we can do it on a more consistent basis‚” said Hunt‚ adding that the their African safari has been valuable for the players.

“The Champions League has given us a good idea of what it’s all about in terms of playing a lot of games. Obviously we have never got to this stage before and it is a great experience so far.

“People forget that we had to play two preliminary rounds to get into the group stages in December. It has been very busy.

“I still have to drive for about six to seven hours to Venda for our league match against Black Leopards and I don’t know how I am going to do that.”

Alarmingly for Hunt‚ Chiefs are just 11 points away from bottom club Leopards and with just three matches remaining in their campaign‚ time is running out.

The forthright Hunt conceded that their domestic campaign has been poor as they brace for another potentially tricky outing against Leopards.

“It has been very disappointing in the league‚ but you have to also look at the year before this [when] we came ninth. So there is lot to be done.

“Last year they had a good five months and the second five months wasn’t so good. So‚ you have to be careful and do things differently.

“I have known from day one what we need to do‚ how we need to play but you can’t do those things overnight. So‚ it will take time but we will get there step by step.

“The results haven’t helped‚ but we are looking at it from a football perspective‚ which is the most important thing at the end of the day.”

If Chiefs get all the three points at stake in Venda on Wednesday afternoon‚ they will almost certainly condemn Leopards to automatic relegation. A win for Amakhosi would also enable them to overtake Baroka to eighth spot on the standings due to a superior goal difference.