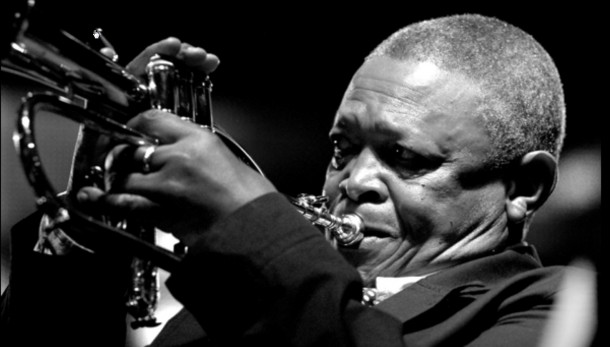 In the weeks leading up to his death‚ Hugh Masekela was bedridden and apparently in need of oxygen‚ which led concerned family members to rush to his side.

The music veteran died at his Johannesburg home on Tuesday after a lengthy battle with prostate cancer.

Speaking to TshisaLIVE outside the home of Bra Hugh’s sister‚ family spokesperson Marang Setshwaelo confirmed the star was bedridden and was surrounded by family in the hours leading up to his death.

“He had cancer so he was not doing well. The family are naturally devastated.”

Neighbours remembered Bra Hugh fondly and said the star would always greet them with a smile‚ even when he was obviously in pain.

“He was sick but when he came past he was always smiling. He walked with confidence and never let us know he was struggling. We will miss his smile‚” Patrick Ndlovu said.

Neighbours said the star’s health deteriorated rapidly in the last year‚ and after being in and out of hospital last year‚ he was monitored around the clock by nurses over the last few months.

They claim the star was put on oxygen late last year to help with his breathing.

“Everyone was concerned about him but he never gave the impression that he was anything but positive. We heard of his health deteriorating and we just hoped he would get better‚” another neighbour said.

They said his family was called to the house early on Tuesday morning but soon left for his sister’s house down the road.

“I really thought he would get through it. I knew he was ill but I didn’t think it would be so soon. We spoke in November and he was energetic. He admitted that he wasn’t feeling well but gave no indication that it would be so soon. I had hoped that if he just got some rest he would heal‚ unfortunately that didn’t happen.”