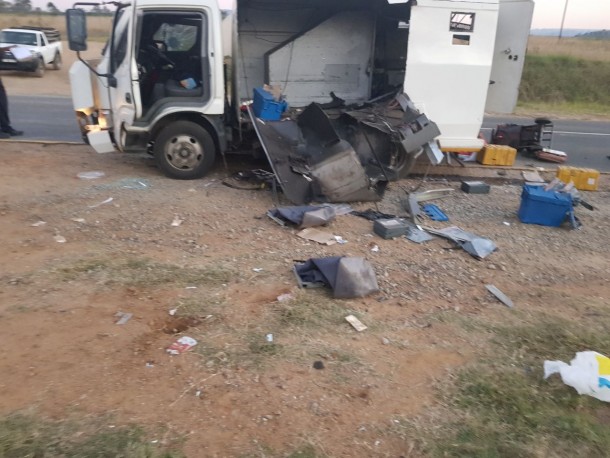 Another brazen cash-in-transit heist has occurred.

This time‚ a gang of armed men attacked a cash van along the R38 on the Barberton-Badplaas route on Thursday afternoon‚ said Mpumalanga police.

“It is suspected that the suspects blockaded the road at either side as no other vehicle passed through during the heist‚” said Brigadier Leonard Hlathi.

“According to information at police disposal‚ the CIT vehicle was coming from the Badplaas direction headed towards the Mbombela/Barberton direction when it was ambushed by suspects travelling in a Toyota bakkie‚ who started shooting at it. The cash van was reportedly rendered incapabable to continue moving [and came] to a complete halt‚ at which point the security guards were disarmed and instructed to lie on the ground‚” Hlathi added.

“Explosives were used to blast the safe open whereafter an undisclosed amount of cash was taken by the suspects before fleeing the scene.”

The group made a clean getaway with no fatalities reported.

No arrests have been made.