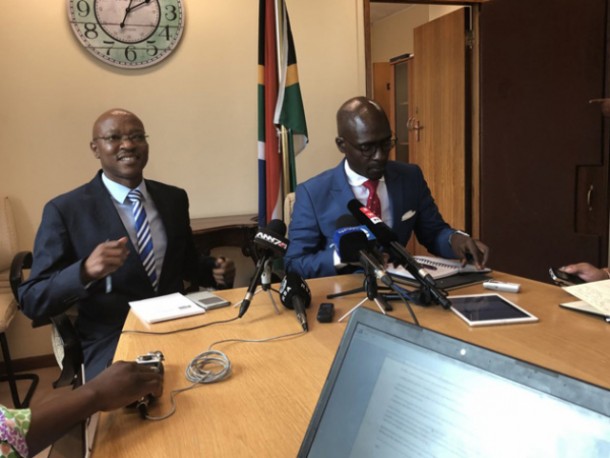 As home affairs minister Malusi Gigaba copped flak regarding his comments on the Gupta family’s citizenship and naturalisation‚ the department was forced on Wednesday to admit that Atul Gupta is indeed South African citizen.

This follows after newly re-appointed Gigaba vehemently denied a day earlier that both Atul and Ajay were given South African citizenship‚ stating that their application for citizenship was null and void as they had not renounced their citizenship of India.

But on Wednesday the department backtracked‚ saying that Gigaba had mistakenly told a briefing on Tuesday that Atul was not South African. In fact‚ home affairs director-general Mkuseli Apleni said Atul had been naturalised in November 2002 and Rajesh in July 2006.
“However‚ of the five [Guptas who applied for naturalisation]‚ four members of the family‚ excluding Ajay Gupta‚ were naturalised after they fulfilled the requirement to renounce their Indian citizenship given that India does not allow dual citizenship‚” said Apleni in Pretoria.

But even this contradicts Gigaba’s predecessor Hlengiwe Mkhize‚ who previously stated that the two brothers‚ Atul and Ajay‚ were granted citizenship based in business investments and social partnerships with 75 North West schools‚ among other things.

She said in Parliament: “The consideration to grant citizenship to the family was based on the business investments and social partnerships as highlighted in the Oakbay company letter.”

In June last year‚ Gigaba dodged accountability on the Gupta’s naturalisation when he failed to appear before the portfolio committee on Home Affairs to discuss the matter.

On Wednesday‚ he again failed to pitch during a scheduled question session to ministers in Parliament. The session was being held in the midst of a controversy surrounding the naturalisation of the Gupta family.

Apleni shielded Gigaba from a fumble he made publicly on Tuesday. The DG reiterated that Ajay was not a citizen of South Africa.

“The reason that Ajay Gupta was not naturalised is that he did not renounce his Indian citizenship‚” said Apleni‚ adding that he “only holds a permanent resident permit”.

According to the Independent Electoral Commission’s vice chairperson‚ Terry Tselane‚ Atul is registered on the South African voters roll and his voting station is in Saxonworld Primary School‚ three minutes away from their compound.

Apleni said there are 23 Gupta family members who have South African citizenship‚ which means 39 have permanent residence permits.