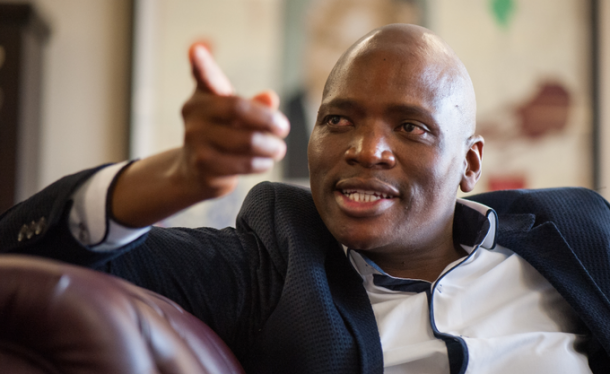 The Supreme Court of Appeal yesterday dismissed his application for leave to appeal an earlier ruling by the Cape Town High Court , which effectively set aside his permanent appointment.

In May the high court dismissed with costs Motsoeneng and the broadcaster’s application for leave to appeal against a ruling that invalidated his appointment. Motsoeneng, Communications Minister Faith Muthambi and the broadcaster subsequently approached the Supreme Court of Appeal.

In its ruling last week, the appeal court said that “the application for leave to appeal is dismissed with costs on the grounds that there is no reasonable prospect of success in an appeal and there is no other compelling reason why it should be heard”.

Several calls were made yesterday for Motsoeneng to be removed from his senior position.

The DA, which brought the case to court, called on him to vacate the position with immediate effect.

The party’s federal executive chairman, James Selfe, said: “Mr Motsoeneng, Communications Minister Faith Muthambi and the SABC have been unsuccessful in almost all courts in which he has sought to keep his job.

“He and his band of protectors now need to abandon this abuse of our judicial system and the taxpayers’ money into which millions of rands have already plundered.”

Motsoeneng’s battle to retain his top job at the public broadcaster has dragged on for more than two years. It has also played out in the Constitutional Court, where it had an abortive stint.

The SACP said it maintained that Motsoeneng was appointed unfairly and that due processes were not followed.

It said: “The appointment was characteristic of favouritism in the form of a job reservation…”

COPE also called on Motsoeneng to vacate the position with immediate effect . Its spokesman, Dennis Bloem, said Motsoeneng knew that he did not have the necessary qualifications .

The broadcaster’s spokesman, Kaizer Kganyago said its lawyers were studying the court ruling.