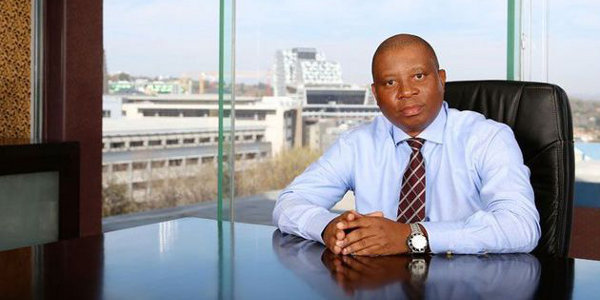 Herman Mashaba has quit after three years as mayor of Johannesburg‚ signalling his belief that the Democratic Alliance intends to break up the coalition that helped him land the job.

“The DA I signed up for‚ is no longer the DA that emerged from the recent federal council meeting‚” he told a news conference on Monday.

“I can’t reconcile myself with people who believe that race is not important in their discussion of inequalities.”

His resignation is from the city‚ effective end November‚ and from the DA.

Mashaba said the party would not adhere to his pro-poor policies that he had implemented in Johannesburg.

“It’s not in my nature to wait to be pushed.”

Coalitions would become ever more important in the local government elections scheduled for 2021‚ he said.

Mashaba’s decision was sparked by Sunday’s election of Helen Zille as the DA’s federal council chairperson‚ a position second only to that of party leader Mmusi Maimane.

Mashaba was previously quoted as saying he would resign if “right-wing elements” took over the DA. Business Day reports he was unhappy with the recommendation of the review panel – which was made up of former party leader Tony Leon‚ former policy head Ryan Coetzee and Capitec founder Michiel le Roux – that the DA should rethink its relationship with the EFF‚ with which he is on solid ground and whose support resulted in him being elected.

The DA shed about 400‚000 votes to the ANC and Freedom Front Plus in the May 2019 national election. It continued to lose support in subsequent by-elections.

An internal leadership election is scheduled to take place in 2020‚ ahead of local government elections the following year.

The Sunday Times reported at the weekend that Maimane told the federal council he was “sick and tired” of people who were working to divide the DA.

He dared them to leave and form their own “pure liberal party” if they disagreed with his vision.

According to the newspaper‚ at the heart of the battle is what shape the philosophical outlook of the DA should take‚ with those supporting Zille in favour of a liberal approach based not on race but on individual rights and competence. Maimane‚ on the other hand‚ wants DA policies to prioritise race-based socioeconomic redress‚ which has been seen by his detractors as a dilution of DA liberalism.

Speaking after her election‚ Zille admitted that her relationship with Maimane had taken strain recently. They were‚ however‚ ready to work together — just as they had when Maimane took over leadership from Zille in 2015‚ she said.

“Mmusi and I have always had good relations‚” she told a press conference. “It has always been cordial. We’ve been through some strained times but we’ve really always been decent and professional.”

Zille also vowed not to overstep the boundaries of her new job.

“This a job that co-ordinates the different structures‚ functions‚ systems and processes. My job is to ensure that all of those things run smoothly.

“I will not be the leader. I will play a background role. I will stay in my lane. I will participate where it’s appropriate for me to do so. I respect and support the leader and [the entire] leadership.

“People are worried that I won’t stay in my lane. The problem is many people have only seen me in a leadership position. But I have very often played behind-the-scenes roles.”