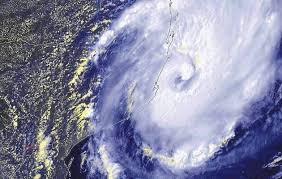 After lashing the Mozambiquan coastline‚ tropical storm Dineo has brought heavy rains to parts of Mpumalanga and Limpopo.

The storm‚ which was downgraded from a tropical cyclone on Thursday morning‚ is expected to bring as much as 200mm of rain in 24 hours to parts of the country.

The department of cooperative governance and traditional affairs‚ warned people in Mpumalanga‚ Limpopo and KwaZulu Natal to brace themselves for Dineo’s arrival.

“The rain from this system has now started affecting the north-eastern parts of South Africa from this morning. Rain has already begun in the Ehlanzeni District Municipality of Mpumalanga and it is expected to become heavy as the night continues and spreading through other areas‚” said department spokesperson Legadima Leso.

The department warned that areas such as Mbombela‚ Nkomazi and Buschbuckridge in Mpumalanga‚ and Phalaborwa‚ Tzaneen‚ Giyani‚ Malamulele and Musina in Limpopo would experience storms and rains through until late Saturday afternoon.

Leso said communities should take precautions‚ despite the storm being downgraded.

The SA Weather Service said the north-eastern parts of Limpopo and parts of Mpumalanga had been receiving rain throughout the day.

Some areas in Mpumalanga such as Graskop and Skukuza had seen more 30 mm of rain through the day.