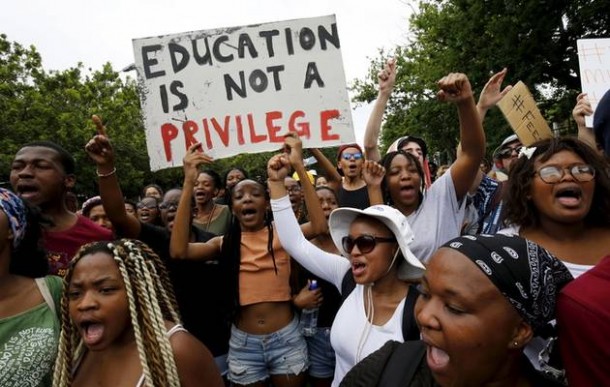 Half of young South Africans think world is becoming a worse place: survey

Young people in South Africa think overall that the world is becoming a worse place (48%)‚ with only 15% thinking it is becoming better.

But young people in Turkey‚ Italy and France (all at 53%)‚ have a far gloomier outlook than South Africans‚ and think that the world is becoming a worse place.

These findings are among those published by the Varkey Foundation‚ based on in-depth opinion polling by Populus.

Vikas Pota‚ Chief Executive of the Varkey Foundation‚ said at a time of nationalist and populist movements that focussed on the differences between people‚ the evidence showed that young people – whatever their nationality or religion – shared a strikingly similar view of the world.

“Teenagers in Nigeria‚ New Delhi and New York share many of same priorities‚ fears‚ ambitions and opinions. There is far more unity among young people than a glance at the headlines would suggest.”

The survey asked a number of questions to members of Generation Z‚ those born between 1995 and 2001‚ in Argentina‚ Australia‚ Brazil‚ Canada‚ China‚ France‚ Germany‚ India‚ Indonesia‚ Israel‚ Italy‚ Japan‚ New Zealand‚ Nigeria‚ Russia‚ South Africa‚ South Korea‚ Turkey‚ the UK and the US.

The foundation said this was the first time that there had been an international comparative study of the attitudes of young people on this scale.

A large majority of South African young people (68%) think their government is doing too little to solve the global refugee crisis – a larger proportion than any other country apart from Brazil.

The survey found that more than eight in ten young people (83%) cited terrorism and extremism as what makes them fearful for the future.

A similar proportion (81%) were worried about the possibility of conflict and war.

The survey also found that young people overall were pessimistic about the future.

Money is the most common source of personal anxiety for young people – with half (51%) naming money-related issues as one of their top sources of anxiety.

Nearly two-thirds of young people (63%) believe that same-sex marriage should be legal‚ though women are far more likely to be in favour than men (70% vs. 54%).