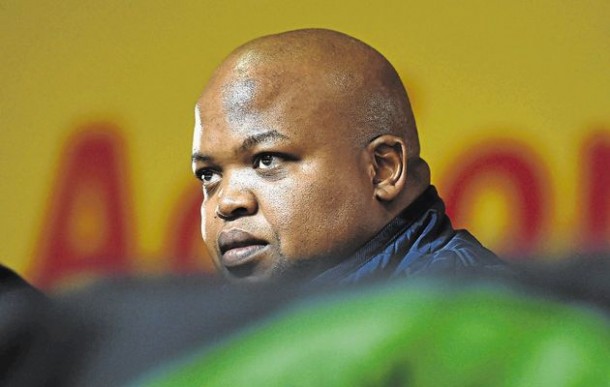 Employees of Oakbay and other companies controlled by the Guptas chased ANC Youth League president Collen Maine away from a meeting on Wednesday‚ according to various reports.

Tweets on the ANCYL’s twitter account also alluded to the incident. However‚ the ANCYL could not immediately be reached to confirm the incident nor for reaction.

According to the reports‚ the employees chanted “Maine must fall” as the ANCYL leader made his way to his vehicle.

The incident follows an open letter by Oakbay employees in which they appealed to four major banks to restore relations with the company‚ saying their livelihoods were in at stake.

The letter‚ titled “please save our jobs”‚ is marked for the attention of CEOs Maria Ramos of Absa‚ Jacques Celliers of FNB‚ Ben Kruger of Standard Bank and Michael Brown of Nedbank.

The banks cut ties with Oakbay in the wake of accusations by politicians that its owners‚ the Gupta family‚ are exerting improper influence over President Jacob Zuma.

“If by the end of May the accounts remain closed‚ Oakbay’s businesses will close. That means that thousands of us will be without a job‚” the employees state.

“We urge you to recognise that your actions have a human cost.

“Only a few weeks ago the companies we worked for were profitable and our jobs secure. We do not understand why we have become the victims in a political game.”

The employees say they do not know if any of the allegations against the Gupta family or Oakbay’s management are true.

“All we care about is providing for our families. If you do not open Oakbay’s bank accounts we cannot be paid and Oakbay cannot pay its bills.” They add: “We are not rich people. We are not politically connected. We have not captured the state. We have never offered any politician a job.

“Please reopen the bank accounts so that we do not have to suffer. We‚ the employees‚ have not done anything wrong.”

Earlier this month‚ in a letter to staff‚ Oakbay Investments CEO Nazeem Howa said “the closure of our bank accounts has made it virtually impossible to continue to do business in South Africa‚” indicating he was hoping to restore services.