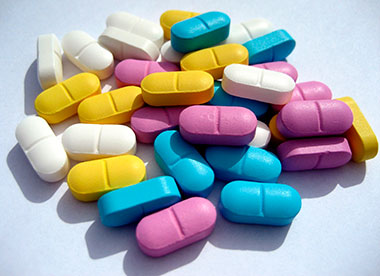 Currently‚ patients have to have a CD4 count of 500 to qualify for antiretrorvirals. But the World Health Organisation recommends that as soon as a person tests HIV positive they should start treatment. This is even if they feel healthy.

Long term research showed people who start ARV treatment earlier get less sick and are likely to live longer. People on treatment correctly stop the virus replicating are therefore not infectious so themore people on treatment ‚ the lower the new infection rate will be.

The minster announced this policy change during his budget vote speech in Parliament on Tuesday morning.

He continued: “This policy change has been expected and follows hard on the heels of the December World Health Organisation guidelines on antiretroviral treatment. The impetus for this policy change emanates from compelling new evidence from the START trial presented at the Vancouver AIDS conference last year.”

A 2011 trial conducted in 35 countries called the Strategic Timing Anti Retroviral Treatment ( START) study had 4‚685 HIV positive participants‚ half who started HIV treatment as soon as they were diagnosed. The other group waited until their CD4 count dropped below 350.

The group that started treatment later had double the incidence of TB‚ Non Hodgkins Lymphoma‚ Karposi Sarcoma (a skin cancer) and non-HIV related disease such as heart attacks and certain cancers – 86 versus 41 in the group who had treatment immediately. The evidence that starting treatment early was so compelling that the trial was stopped early as it became unethical to delay treatment to those not receiving it.

“We now have clear-cut proof that it is of significantly greater health benefit to an HIV-infected person to start antiretroviral therapy sooner rather than later‚” said Anthony S. Fauci‚ Director of the US National Institute of Allergy and Infectious Disease‚ at the time.

He added: “Moreover‚ early therapy conveys a double benefit‚ not only improving the health of individuals but at the same time‚ by lowering their viral load‚ reducing the risk they will transmit HIV to others. These findings have global implications for the treatment of HIV.”

Speaking in parliament Motsoaledi‚ also said pilot studies would test the use of Truvada‚ a treatment that prevents HIV infection in young women.

Young women in the 15 to 25 year age group have the highest risk of contracting HIV in the country with almost half of 25-year-olds in some areas of Kwazulu-Natal being HIV positive.

However‚ at least three studies testing various ARV preventative gels and pills have failed in young women in South Africa as they did not use the products.

The pilot studies will look at helping them take prevention.

Sex workers who are negative have qualified for free Truvada to prevent them becoming positive since December last year.