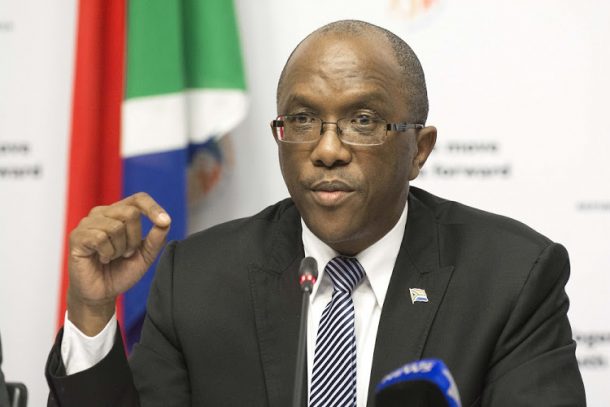 Irregular expenditure by government departments and state-owned entities continues to skyrocket‚ this year rising to R61.3bn from R50.1bn in 2018.

This is according to Auditor-General Kimi Makwetu‚ who was briefing parliament’s standing committee on public accounts about the audit outcomes of all national and provincial government departments as well as SOEs for the 2018/2019 financial year.

This is government money spent without following prescribed legal processes‚ which often results in gross financial mismanagement and corruption in some cases.

Makwetu said it was concerning that this has been the trend since 2016.

He said by the end of March this year‚ irregular expenditure in KZN stood at R12.4bn‚ with national departments racking up questionable transactions to the tune of R11.2bn‚ and Gauteng coming in at R7.1bn.

“The levels of irregular expenditure‚ sometimes‚ are a reflection of non-compliance with the discipline of supply chain as well as payments that are made without following processes in terms of acquisition of goods and services‚” said Makwetu.

“If one looks at the total contributors‚ you will see that quite a large concentration of this is in the KZN province‚ followed by a number within the national government and Gauteng being number three.”

Makwetu said irregular expenditure was “fertile place” for state resources to be diverted from what they had been intended or budgeted for.

“Because we’re examining the compliance with internal controls‚ this is a fertile place for resources to be diverted. It’s a multitude of things that have not been complied with‚ that trigger this expenditure but are also happening in an unsupervised and uncontrolled environment.”

Makwetu also voiced unhappiness with the management of IT systems in government.

While 201 government entities spent R13bn procuring IT services in the last financial year‚ Makwetu described the IT controls as weak‚ especially in tracking financial transactions.

“When your IT controls are this exposed‚ it also creates those opportunities for things to go without being detected.

“So we’re saying here part of the preventative controls is to check whether the security around the information systems environment‚ that processes transactions‚ is it secure enough‚ does it have the regular level supervision by IT persons to check the vulnerability to inappropriate access to those systems?” said Makwetu.

The A-G asked whether the government was getting value for its money‚ with such “glaring gaps” in its IT systems.

“The services that were procured in respect of IT-related infrastructure across the board … add up to about R13bn. There’s a question to be asked whether there is appropriate value that is being derived from the IT systems environment. If these glaring gaps are anything to go by‚ is that consistent with the expenditures that are being incurred in this particular area‚ and that’s the point we want to flag.”