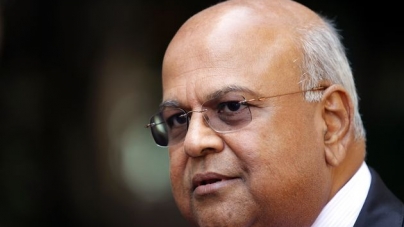 Gordhan ordered to report to Hawks to face charges: Report

The Hawks could not be reached for comment on Tuesday following a report that Finance Minister Pravin Gordhan and four former SA Revenue Service (Sars) officials have been summoned to report to the Directorate for Priority Crime Investigation later this week to face criminal charges.

According to the Daily Maverick‚ Gordhan‚ former Sars Deputy Commissioner Ivan Pillay‚ Group Executive Johann van Loggerenberg‚ spokesperson Adrian Lackay and the initial head of the investigative unit‚ Andries van Rensburg have been ordered to report to the Hawks in Pretoria on Thursday.

They were reportedly sent letters informing them of the charges they will face.

This related to the alleged “rogue unit” established at the revenue service when Gordhan was commissioner.

The Daily Maverick reported Hawks spokesman Brigadier Hangwani Mulaudzi as saying he did not have a “mandate to discuss any case or any confidential information attached to any case that is still under investigation. Any matters related to this enquiry is mere speculation and we will also not comment on it“.