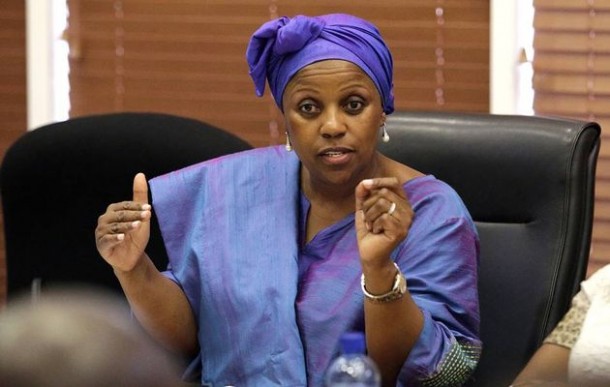 DA MP Alf Lees asked Gordhan during question time in the National Assembly why the Treasury had opposed Myeni’s reappointment as SAA board chair.

In doing that‚ Lees gave credence to a long-standing rumour that Treasury‚ with Gordhan as its political head‚ did not support the reappointment of Myeni‚ who is seen as being exceedingly close to President Jacob Zuma. It is often raised as an example of how the treasury and the presidency do not see eye to eye.

Answering Lees‚ Gordhan was careful to say that various views are expressed when such decisions are reached‚ and that such decisions include compromises and settlements.

IFP chief whip Narend Singh was having none of that‚ and asked Gordhan to answer Hlengwa’s question.

Gordhan said the chair was not all powerful‚ that she had to work as part of a team and that all decisions of the board would be taken democratically.

“I will report back to you if anyone tries to bully me‚” undertook Gordhan.