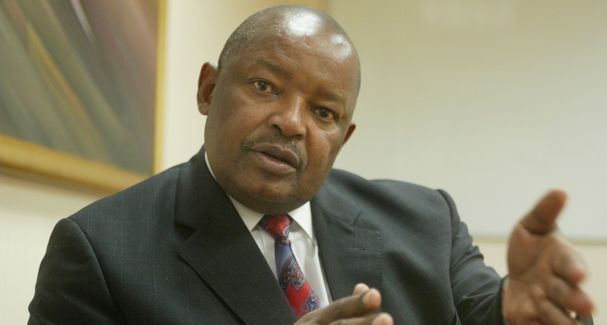 Party leader Mosiuoa Lekota said on Tuesday that both Mashaba and the African National Congress’ (ANC) losing candidate‚ Parks Tau‚ “were voted for by black and white citizens of the Johannesburg metro”.

“The ANC and the DA are non-racial formations and both parties (have) sworn allegiance to the country’s Constitution‚” he said.

Lekota added that Mashaba and Tau “come from the dusty streets of the black townships‚ therefore the test must be that dictated by democracy.

“Cope is of the opinion that the citizens must give Mashaba a chance to prove himself.”

It was a councillor from Cope who had seconded Mashaba’s nomination on Monday.

Earlier on Tuesday‚ Cope’s Dennis Bloem said “the party receives with great sadness the sudden passing away of the ANC councillor in Johannesburg Town Hall on Monday”.

“We convey our sincerest condolences to the councillor’s family‚ comrades‚ friends and her political party‚” Bloem added.

“Cope prays that the Almighty Lord heals the wounds caused by this sudden death. May her soul rest in eternal peace.”

While Cope did not name her‚ an ANC statement said Nonhlanhla Mthembu had recently celebrated her 50th birthday‚ was a longstanding member of the party and had served as a Johannesburg councillor from 2011.

She had collapsed during the proceedings and emergency personnel were called to help.

The council took a break to allow her party to deal with the situation but news came later that she had died.