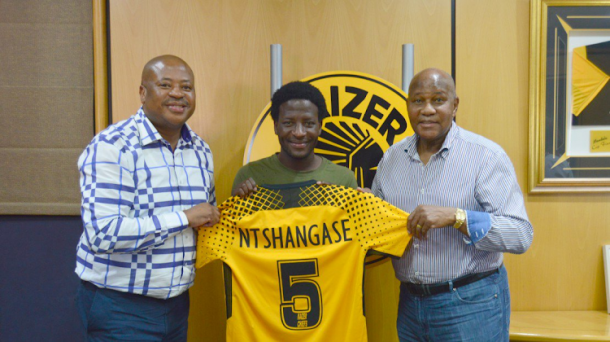 Gavin Hunt on Siphelele Ntshangase’s release from Kaizer Chiefs: ‘It was a managenent decision’

Kaizer Chiefs coach Gavin Hunt has said that it “was a management decision” to release Siphelele Ntshangase from his contract at Kaizer Chiefs ahead of the end of the season.

Ntshangase‚ who had signed a year’s extension to his contract at the start of 2020-21 despite his notable struggles for game time at Amakhosi‚ was released on Friday.

Hunt‚ speaking ahead of Chiefs’ Caf Champions League Group C game against Petro de Luanda at Estadio 11 de Novembro on Tuesday evening‚ was asked if he could elaborate on the decision.

“Well it was a management decision. So it was pretty much a long … all those types of things – I can’t really say too much about that‚” Hunt said.

“But we’re speaking more about the strikers. That’s pretty much where the biggest concern is.”

Earlier Hunt had been asked about the return from injury of striker Samir Nurkovic‚ and whether he would hope for some kind of less disruptive injury programme to allow for greater consistency as battling Chiefs juggle a tough continental and domestic programme.

Hunt had to make eight changes‚ many enforced‚ for their last Champions League game‚ a 2-0 win against Petro at FNB Stadium 10 days ago.

“Ja‚ it will be very difficult‚ especially in the forward line where we haven’t had enough‚ certainly‚ with [Leonardo] Castro and [Khama] Billiat out.

“Billiat’s been out half the season‚ Castro’s missed a lot of games as well‚ and then obviously Nurkovic missed most of the first round too.

“So we haven’t really had much to find a way [to consistency]. Certainly what they had last season was much more consistency in the team selection because of exactly what I’ve spoken about.

“Then you’re trying to find a way that suits the players who you are playing with‚ and it hasn’t been easy‚ especially in the front line.

“And then defensively we’ve had ‘Tower’ [Erick Mathoho] out most of the season as well. So‚ ja‚ people say‚ ‘You’re chopping and changing the team’‚ but it’s been enforced.”

Hunt said Nurkovic might not be 100 percent fit‚ but Chiefs would try to manage the striker to be able to play on Tuesday. While the coach would not want to risk his star striker the game against Petro could be the perfect source of match fitness for Nurkovic ahead of the derby.

Chiefs also have captain Ramahlwe Mphahlele‚ red-carded in the 4-0 Group C defeat to Wydad Casablanca‚ back from suspension.