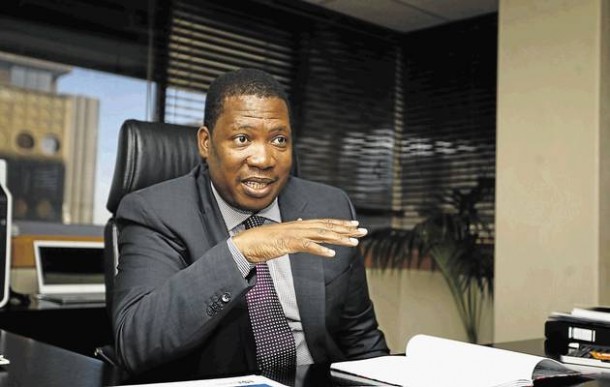 The first day of school is “progressing” well – at least for the 87% of Gauteng learners already in the system – Gauteng education MEC Panyaza Lesufi said as schools open on Wednesday.

Lesufi said placement was being complicated by schools in the Woodmead‚ Midrand‚ Sandton and Fourways corridors being “chock-a-block”‚ and added that a school‚ which he named as Montana‚ had on Tuesday night interdicted the department from forcing it to accept more pupils.

He said he would be in court on Wednesday morning to fight the interdict‚ and hinted that the issue related to the demographics in the area having “changed drastically” and a demand for “single medium” education.

The MEC did‚ however‚ laud the online registration system the department launched last year for reducing the number of unplaced pupils on the first day of school compared to previous years. Lesufi rejected suggestions that the department was unprepared for the new school year‚ but lamented that its work was hampered by a lack of resources.

He said that 80,000 new learners were entering the provincial school system every year and “that is why we are opening a new school every month”.

But‚ he added‚ it is “very difficult to motivate for additional funds”‚ and “80% of the budget is for salaries of teachers‚ so you have only 20% to implement programmes‚ and it includes many things‚ it includes building of schools‚ it includes buying of stationery‚ it includes payment of water and lights”.

“The numbers are heavy and you don’t open‚ you don’t build a school overnight‚ you have to persuade other government departments to release some for their resources.”

On Tuesday‚ TMG Digital reported that the Gauteng education department failed to keep the promises it made to the Constitutional Court on how much it would spend on new building new schools missing its own target of R1.7-billion by a whopping R1.3-billion.

That was the finding of a damning new research report released on the eve of the province’s pupils returning to classes for another school year. It raises the spectre of many of them again failing to find a place at their chosen schools or enduring overcrowded conditions.