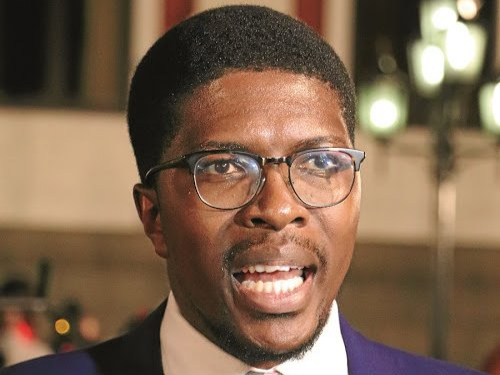 “If you are not going to bite the bullet here and take the tough decisions about the individuals concerned‚ then we will make recommendations accordingly‚” said Scopa chair Mkhuleko Hlengwa.

“At this point‚ I think it suffices to say that we are ordering a full-scale forensic investigation with the co-operation of the Special Investigating Unit [SIU] and for the minister to submit to us in 30 days the road map and terms of reference of how the investigation will be done.”

Nxesi has been given until June 20 to furnish Scopa with the road map of the investigation.

A fuming Hlengwa told Nxesi — who appeared before Scopa to account on the AG’s unqualified audit report as well the continuous irregular‚ fruitless and wasteful expenditure — that he had had it with the fund’s endless excuses.

“The same individuals have been in charge. The question we should ask your minister [Nxesi] is whether the DG [Lamati] and the commissioner [Mafata] are fit for purpose to deal with the challenges that beset the compensation fund‚ because on their watch‚ repeatedly‚ there is no movement on issues‚” he said.

“Year in and year out‚ the audit outcomes are pointing to the same shortcomings and inefficiencies. It is either nobody cares‚ or nobody takes parliament seriously‚ or nobody takes their own responsibility seriously or is bothered by the wellbeing of the fund and lets the fund continue this way. Either way‚ this is unacceptable.”

This‚ he said‚ spoke to the dereliction of duty in the highest of order.

“The responses today have not allayed our anxieties and concerns about the Compensation Fund. It is becoming tiring and nauseating to be saying the same thing over and over again.”

Hlengwa added that audit-related issues flagged had been blatantly ignored.

“This just smacks to co-ordinated corruption‚ to say the structures and the institutions can be there but we are not going to comply. We are also dealing with the Unemployment Insurance Fund headache in the same portfolio. It cannot be that in the audit outcomes for five years plus‚ there is no change‚ absolutely none. Something has got to give‚ minister.

He said the issues of the Compensation Fund were of grave importance to the committee.

“We have tolerated long enough the commitments and pledges that things are going to change and it has all amounted to naught. This situation is totally unacceptable.”

Hlengwa told Nxesi he had a lot to answer for. He called on the office of the AG and the SIU to co-operate in the process of information sharing to ensure that change is implemented in the operation of the fund.

An official from the SIU‚ Johnny le Roux‚ confirmed that they had not received a request to investigate any matter at the Compensation Fund at this point. However‚ if there was evidence of wrongdoing then they would request a proclamation from the president to go ahead and investigate allegations of malpractice.

Responding‚ Nxesi said: “We see what you have raised as constructive criticisms which are meant for us to correct the wrongs and that is what accountability is all about.”

Nxesi said it was important to acknowledge “the chaos”.

“I want to assure this committee to address the findings of the AG as well as to conduct the organisational review that I was talking about of the both funds to address underlying systemic issues and skills deficit.”

Nxesi added that he too was not satisfied with the previous skills audit which was conducted in 2015/2016. “We will also enlist the help of the internal audit and the audit committee. We also support the proposal for the Compensation Fund reporting regularly against the plans and the targets to Scopa and portfolio committees.”

He welcomed the order to conduct a full-scale audit‚ but said: “We need to be careful that we do not come up with very broad terms of reference where there will be an unending forensic audit. In 30 days we will be making that submission to the committee.”

On the issue of performance assessments of both the DG and the commissioner‚ he said that was in his performance agreement with Ramaphosa. He told the sitting that he would return on or before June 20 to account.

Earlier in the sitting‚ the Compensation Fund was lambasted for failing to make officials account for wrongdoing in the organisation.

Nxesi conceded to Scopa that the fund was dysfunctional. “I agree that the fund is rotten to the core. It cannot continue to have disclaimer after disclaimer. To answer your questions as to why this is so‚ is it neglect‚ is it corruption‚ is it structural issues? I think it is a combination.”

Nxesi said there were basic controls that the department needed to put in place and those had been neglected. He ordered a full forensic audit to be conducted.

“I won’t definitely say it was corruption but I suspect corruption. The forensic audit will be able to help us with that and answer why certain things are not being followed up. What is clear is that some of the problems are structural. We must investigate why some of the issues are persisting.”

ANC MP Bheki Hadebe told the sitting that “heads must roll” for the maladministration as officials failed to even keep basic records.

“So it is possible that you are sitting with officials who are continuing doing malpractice and maladministration and they have not been identified. Until such time‚ those people will continue with malpractices and corrupt activities‚” he said.

“Right now we cannot say for certain that these are the people responsible for the status quo within the fund.”