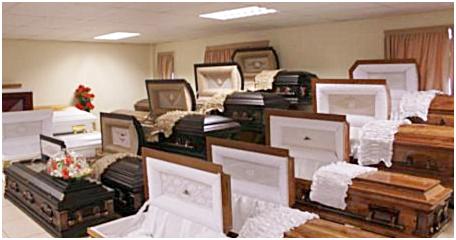 Bodies held for ransom, rats in mortuaries, inflated prices and fly-by-night undertakers will be in the spotlight if a funerals ombudsman is appointed by the government.

A code of conduct has been proposed by the Funeral Industry Regulatory Authority. It has been published in the Government Gazette and the public may comment on it until October2.

The authority proposes that an ombudsman be appointed to regulate the funerals industry and that undertakers be prohibited from paying “commissions” to hospitals, hospices and the clergy to secure bodies.

The authority is lobbying to be empowered to act as ombudsman of an industry that turns over at least R4.5-billion a year. If it succeeds, it will be among the busiest watchdogs in the country.

“There is a desperate need for a code of conduct, and for regulation of this industry, because the atrocities [number] in the hundreds, if not thousands, a year,” said Johan Rousseau, the executive chairman of the Funeral Industry Regulatory Authority, a non-profit organisation set up to press for the establishment of an ombudsman.

The most recent “atrocity” was less than five days ago when a grieving family was charged R1000 for the storage of their loved one’s remains for one day – and another R14 000 for the body to be cleaned.

Other abuses include the imposition of profit margins of up to 1200%; the bereaved being made to wait hours for the body to be removed from the home even though the funeral parlour was less than 10km away; and exorbitant fees charged by service providers for the registration of a death, a free service at the Department of Home Affairs. Rousseau said the proposed code of conduct would protect poorer communities, the most affected by the unregulated industry.

According to the report “Cutting corners at a most vulnerable time: The customer’s perspective on abuses in the informal funeral parlour market in South Africa”, about 60% of South African adults have some kind of funeral cover, with 27% having cover, likely to be informal, underwritten by a funeral parlour. The report was prepared for FinMark Trust by the Centre for Financial Regulation and Inclusion. A parliamentary portfolio committee on finance held hearings in 2003 and 2005 into abuses in the funerals industry. It called on the Treasury and the Financial Services Board to regulate funeral insurance.

Bereaved families told the FinScope researchers that funerals had become a “social competition”, with the emphasis on the catering. One family spent R80000 on a funeral.

Another man with funeral insurance said: “I paid all my dues. Instead of mourning their father, the grieving children had to walk in and out of the office of this parlour – he did not do any burial at all. He did not give us anything; no coffin, nothing.”

Another said the family had to pay for the release of the body from a hospital, which was in a corrupt relationship with an undertaker, so that it could be sent to the funeral parlour of their choice.

Ransoming bodies is common in the industry. Hospitals and mortuaries establish relationships with funeral parlours.

“Families are forced to engage a specific parlour or pay for the body to be released to a different parlour,” the FinScope study said.

An undertaker told one woman: “Lady, there is a bigger problem. I don’t want to beat about the bush . rats. You would find rats running around the same room where the bodies are kept.”

Bereaved families told FinScope researchers that they did not go to the police because they were mourning and did not want to become involved in a legal dispute.

But they all saw a need for the industry to be regulated, some suggesting that an ombudsman be appointed.

“If there were an industry ombudsman, through the Consumer Protection Act and the Funeral Industry Code of Conduct, contravention of either the act or the code would definitely be [exposed].

”Consumers would be protected from such atrocities, which happen daily in a non-regulated industry,” Rousseau said.