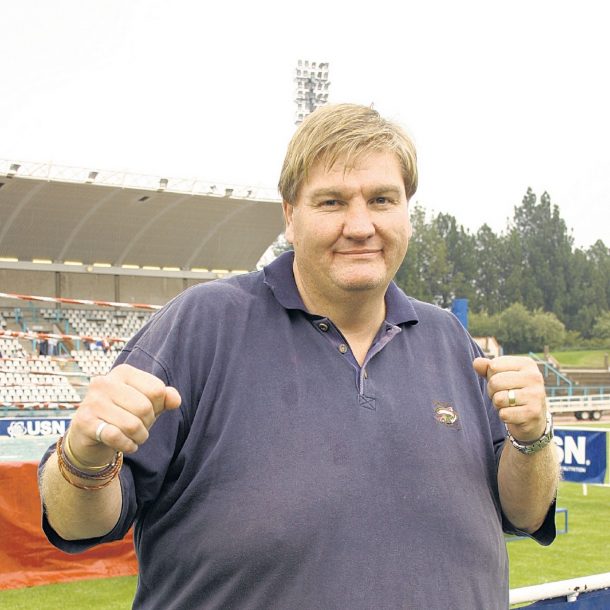 Jimmy Abbott‚ who was possibly one of the best South African heavyweights never to win a national title‚ died of heart attack at his home in Heidelberg on Sunday evening. He was 61.

He had been suffering from health problems after a stroke in 2013.

Abbot is one of such boxers who blazed the trail when boxing competition was at its fiercest period. Boxing historian Ron Jackson had a privilege of witnessing Abbot when he began his boxing career at the amateur ranks.

“I saw a slim and young Abbott fighting as an amateur in Bloemfontein in the early 1970’s and knew that this fighter had potential‚” said Jackson.

Born on May 11 1959‚ Abbot went on to achieve an outstanding amateur career winning the heavyweight class at the South African amateur championships in 1976 and 1977 representing Western Transvaal. He was also awarded South African Amateur Boxing Association Merit Colours and a Springbok blazer in 1977.

Jackson remembers Abbot’s professional debut at the Showgrounds Bull Ring in Bloemfontein on June 2‚1978 when he stopped Frans Manyiso in the fourth round.

“The fight was on the undercard of the clash between the-would be heavyweight champion John Tate and South Africa’s Kallie Knoetze in a WBA eliminator at the Independence Stadium in Mmabatho in June 1979.
Abbots suffered his first loss when went down to Eddie Lopez on points in September 1979.

He won his next two fight before meeting Knoetze in one of the highly anticipated clashes ever to take place in the SA rings on August 3‚ 1980.

“Ellis Park Tennis Stadium was packed to capacity and I was there to witness it all‚” recalls Jackson.
Abbott was in sensational form as he smashed Knoetze to defeat in one round.

But weight was to prove to be a tougher foe for Abbot as he battled with the scales in subsequent bouts.
This saw him winning only three of his next nine fights and in his last bout‚ weighing a whooping 139kgs‚ he laboured to a points win over Argentinian Juan Antonio Musladino on March 14‚ 1983 at the Good Hope Centre in Cape Town.

Jimmy had a turbulent life as a child and later in life‚ before he changed his life around when he found religion. This h gave him strength and purpose as he started his own Jimmy Abbott Ministries as an evangelist.

The date of funeral is yet to be decided.