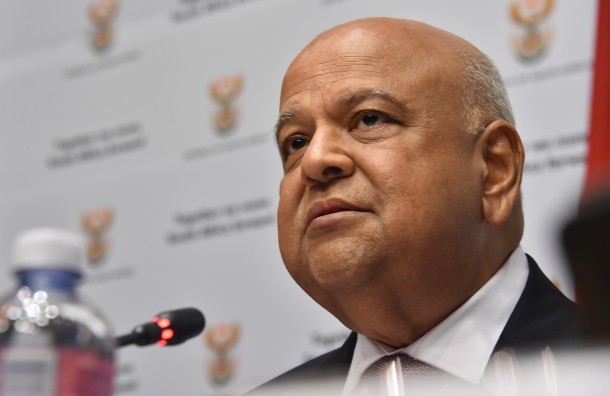 Gordhan was speaking at the state capture inquiry‚ where he was being cross-examined by Moyane‚ through his advocate Dali Mpofu.

Mpofu asked Gordhan whether he stood by that statement he made at the commission about Moyane’s alleged role in state capture.

“I stand by the fact that Mr Moyane was advancing state capture and one of his activities was laying the complaint‚” Gordhan said.

He was referring to a criminal complaint laid by Moyane against Gordhan relating to the early pension payout of former Sars deputy commissioner Ivan Pillay. The NPA charged Gordhan in 2016 but later withdrew the charges.

In his evidence before the commission last year‚ Gordhan accused Moyane of acting maliciously when he laid charges against him and said this was part of advancing state capture.

Mpofu said Moyane’s version of where the hostility from Gordhan came from contained five elements.

Mpofu said it was caused by Gordhan’s general arrogance against Moyane and it was petty jealousy by Gordhan about Moyane’s role at Sars.

“It originated from racism towards him and towards African people in general‚” Mpofu said.

Mpofu said the hostility was motivated by Gordhan’s desire to deflect from his own involvement in state capture and corruption.

“He says it was because he blew the whistle on the mess or trail of illegal activities and corrupt activities that you left behind at Sars including the issue of the rogue unit and the alleged early retirement of Mr Pillay‚” he said.

“Let me emphatically say that all of those assertions have no foundation whatsoever. To now throw around notions such as racism and my alleged involvement in corruption is part of the fake new narrative. I emphatically deny all of these assertions‚” he said.

Gordhan asked why he should be jealous of Moyane. He also denied the charge of racism and said that “since joining the congress [ANC] movement … I am emphatically a non-racialist and my record proves that of course”.

Gordhan said Moyane should make the allegations on the record before the commission.

On the Pillay pension issue‚ Gordhan said nothing illegal was done.

“Effectively you are denying you are an arrogant‚ self-opinionated‚ jealous racist who is corrupt and has a tendency to harm whistle-blowers who report on your unlawful activities. You deny that?” Mpofu asked.

Mpofu said Moyane will back up his accusations with evidence when he testifies.