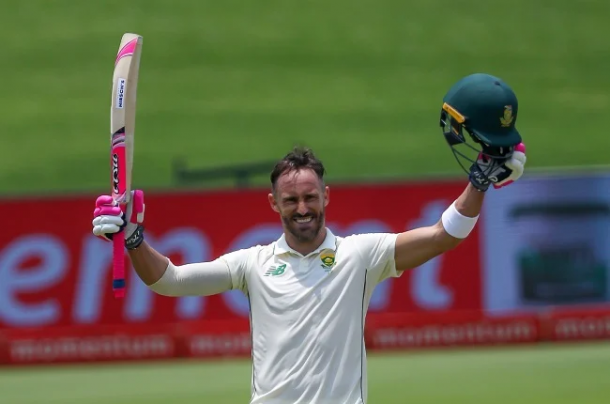 Former SA captain Faf du Plesiss has announced his retirement from Test cricket with immediate effect and he intends to make the T20s his priority.

The 36-year-old former captain made his Test debut against Australia in 2012 at the Adelaide Oval where he helped the Proteas to a draw by scoring an unforgettable 110 from 375 balls in the second innings.

He made 69 appearances in this format for the Proteas where he hit 10 centuries and 21 half-centuries‚ and ends his career with 4163 runs that was scored at an average of 40.02.

His last Test match was in the 95 loss to Pakistan in Rawalpindi where Quinton de Kock was stand-in captain.

“My heart is clear and the time is right to walk into a new chapter‚” said Du Plessis in a statement on Wednesday morning.

“It has been an honour to play for my country in all the formats of the game‚ but the time has come for me to retire from Test crocket. The next two years are ICC T20 World Cup years. Because of this‚ my focus is shifting to this format and I want to play as much of it as possible around the world so that I can be the best player I can possibly be.

“I strongly believe that I have a lot to offer to the Proteas in this format. This does not mean that ODI cricket is no longer in my plans. I’m just making T20 the priority in the short term.

“For now‚ I would like to take this opportunity to thank each and every person who had an influence on my Test career. I would like to thank my wife and family in particular – I would not have been able to do without the support during the unforgettable journey that Test has taken me. To my coaches‚ teammates and the support staff over the years‚ I would like to give a note of thanks and of course to Cricket South Africa for the opportunity to be able to represent and lead my country in this pinnacle of the game we all love.”

Plessis‚ who finish with a decent Test captaincy record of 18 wins and 15 losses‚ said he wanted to call time on his career against Australia in the three-match series that was scheduled for later this month.