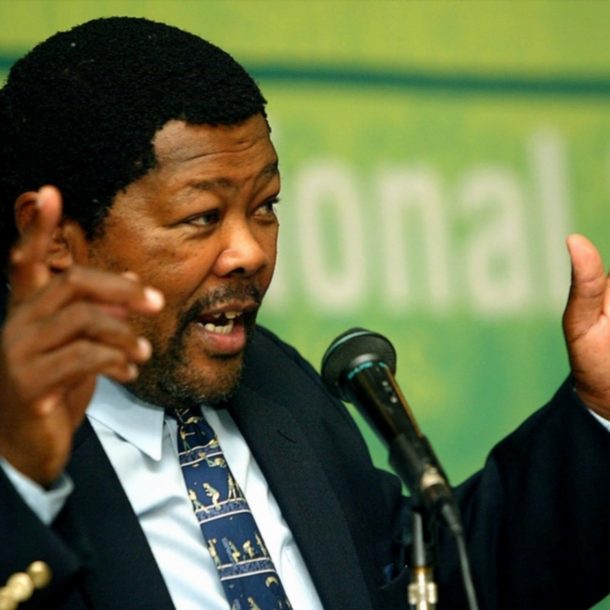 Former sports minister Ngconde Balfour has added his voice to the fierce denunciation of the Cricket South Africa (CSA) interim board’s controversial decision to pull the plug on its transformation project on the eve of the start of the public hearings.

The public hearings of the Social Justice and Nation Building (SJN) project‚ which is dubbed the TRC of cricket‚ were scheduled to start on Monday morning‚ but the interim board announced the postponement of the hearings in a late night media statement on Sunday‚ drawing wide condemnation.

The interim board said in the statement that it is still committed to the project and is engaging with the transformation ombudsman’s office regarding the proposed public hearings‚ process and related legalities around the hearings.

More than 50 submissions were registered with the office of the CSA transformation ombudsman office headed by advocate Dumisa Ntsebeza.

The submissions are predominantly from players‚ coaches‚ administrators and stakeholders – past and present – who feel they or others were denied opportunities to prosper due to racial discrimination.

Balfour‚ who served his full term from 1999 to 2004 and stayed on the cabinet until 2009‚ lamented the state CSA and cricket in general finds itself in.

“It pains me to see what is going on with sport‚ especially for some of us who came through the ranks of sport in democratic processes‚” said the 66-year-old Balfour.

The former minister said he agrees with those who charge incumbent sports minister Nathi Mthethwa of political interference due to the way he handled CSA’s affairs.

“I respect the office of the minister of sport [Mthethwa]‚ because I have been there.

“I have no animosity towards anybody. I am retired now and I don’t have time for that. It makes me cry to see cricket go through this turmoil.”

Former CSA director Dr Eugenia Kula-Ameyaw‚ who is the brains behind the SJN project‚ was scheduled to set the scene with her presentation on Monday.

She received a call on Sunday evening to inform her of the postponement.

The SJN project and the office of the ombudsman‚ the first of its kind in South African sports and the brainchild of Kula-Ameyaw‚ was established in July last year.

This emanated from the national outcry that followed the Black Lives Matter campaign‚ which saw Proteas fast bowler Lungi Ngidi unfairly and wrongly castigated by white former national team players over his stance in supporting the global movement.

The outcry from cricket fans and the greater South African public and broad stakeholder groups could not be ignored.

It triggered many allegations of racial discrimination in cricket from former players such as Makhaya Ntini and others.

It also led to Ntsebeza’s appointment as the CSA transformation ombudsman in August last year.

Ntsebeza was mandated to manage an independent complaints system that will look at the healing‚ restoration and uniting process of cricket players and fans‚ starting with former players.

But the project was put on hold by the interim board shortly after they were appointed by Mthethwa in October.

The interim board said at the time it was seeking legal advice around legalities of potential litigation surrounding what was expected to come out during the public hearings.

Kula-Ameyaw said she hopes this postponement is not an attempt to frustrate the SJN project for whatever reasons.

“The big question is why [postpone] on the eve of the hearing.

“It’s not for the first time that the SJN project is put on hold. How did they [CSA interim board] miss what they are picking up now?

“Has this move got to do with the already submitted submissions?” asked Kula-Ameyaw.

Mthethwa’s spokesperson Masechaba Ndlovu referred TimesLIVE to the CSA interim board statement when asked for comment of the postponement of the SJN project.

“My latest information is that the interim board issued a statement on the matter today and it is not true that they pulled the plug on SJN‚” said Ndlovu.

Transformation was the cornerstone of the nine-point mandate Mthethwa gave to the CSA interim board as part of a so-called clean up.

Kula-Ameyaw pleaded with Mthethwa to ensure that the project is up and running as soon as it is possible.

“Minister you once referred to a ‘mass protest that could be our Arab spring’‚ do you rule out that possibility now?”

Balfour was looking forward to making his input on Tuesday and said the SJN project will play a crucial role‚ and that it should be expeditiously taken off the ground.

Former player Ethy Mbhalati‚ one of seven players who banned five years ago for their alleged involvement in the match fixing scandal‚ tagged Mthethwa in his Twitter post to condemn the postponement.

Mbhalati also made submissions and was scheduled to make his presentation on Wednesday.

Few other players who did not want to be named also registered their disappointment.