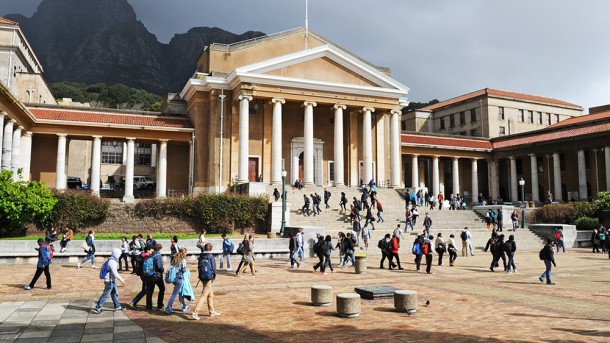 More than 90 foreign students have cancelled their study plans in South Africa due to the #FeesMustFall protests that have rocked campuses around the country.

The 92 were due to study at the University of Cape Town as part of the institution’s Study Abroad programme.

They include 10 University of Miami students, who pulled out due to fear of classes being delayed next year due to violent protests.

Devika Milner, director of the Study Abroad office at the University of Miami, was quoted in the university’s newspaper as saying it was too big a risk to send students to UCT in the current circumstances.

She said the decision to cancel the programme, called UCape Town, was “heartbreaking”.

Lucas said UCT had more than 1000 students from 40 partners who come to the country as part of the programme.

“Currently, we have more than 650 applications due to come to UCT in the first semester of 2017. We have been formally notified of 92 cancellations at this stage

She said UCT offered a four-week “semester abroad summer term”, which students could take in advance of the official start of the semester in March.

The students would be offered “credit-bearing academic classes” from February 13 on courses that included comparative politics, “Africa: colonial and post-colonial encounters” and “African media in a global age”.

The Times reported last month that Western Cape’s department of education would no longer be using the university as one of its matric- marking venues because of safety concerns.

Meanwhile, student leaders are preparing to resume their fees protests.

Student representatives from across the country met at Durban’s Royal Hotel this weekend to strategise and regroup the movement.

Those who attended the meeting refused to provide details on discussions, saying they needed to report back to students before making statements to the media. – Additional reporting Shelley Seid