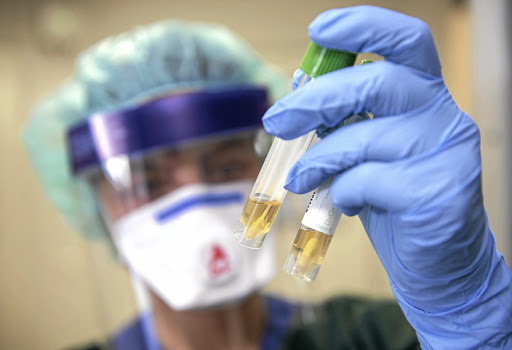 For exhausted health workers‚ this festive season will be brutal

Barely able to catch a break before the country plunged into its second wave of Covid-19 infections‚ health-care workers will experience a very different kind of festive season.

“I was crying that for the first time I won’t be with my family in the Eastern Cape but we understood very well that it was crucial that they be safe in their corners‚” said the head of clinical medicine at Thembisa hospital‚ Dr Portia Ngwata.

The 43-year-old gastroenterologist‚ who is married with two children‚ will be spending her Christmas working because of the pandemic.

“The body has adjusted to the workload that is needed and the fatigue is better than when we started. We have more teamwork than before‚ we have more hands than before‚ and more infrastructure.

“This second wave was expected‚ so the preparation was a bit better but it is a new variant so we are not out of the woods yet.”

Ngwata earlier said she was considering leaving the profession after the pandemic.

“When it’s all over I would have conquered it‚ but I will be finished. I would need a brain wash‚ to be taken somewhere else‚” said Ngwata. “We’re losing our colleagues. We have more than 40 doctors who have died in SA‚ some we knew personally‚ but we have to go back to work and see Covid.”

Ngwata said it now takes a special effort to spend time with her children.

“There is still so little time with my family. I am either at work or on the phone because of work — but I think they have adjusted.”

Dr Andrea Mendelsohn‚ senior medical officer at the Retreat Community Health Centre in the Western Cape‚ said health-care workers were already tired from fighting the pandemic for the past months.

“I think it’s just been a long time‚ people sort of rallied together and we thought we had pulled through and hoped we did well. When the numbers went down‚ we were mentally preparing for bringing back the regular services that were put on hold.

“Even though everyone knew that second wave was possible‚ we were a little bit in denial and the second wave has increased quite rapidly — it does feel like a lot more health workers are getting exposed‚ people are already tired from the past nine months and there are a lot of people who are suddenly off sick or in quarantine‚” she said.

“The people who are left are working extra hard. Everyone is fatigued — the doctors and the patients.”

Mendelsohn said she will avoid shopping malls and plans on doing nothing but relaxing with her family during the festive period.

“I am going to an isolated cottage by a river with my family for a few days. The best thing is to get outdoors in the middle of nowhere where I can take off my mask and have nobody around and just breathe fresh air and clear my mind with nature‚” she said.

A nurse at a Pretoria hospital‚ Phumudzo Mbedzi‚ said nurses have seen the worst during the fight against the pandemic.

The 33-year-old said the year has been stressful for all health workers.

“We have seen the worst as we nurses reached a point where sometimes we would feel sick just entering a ward. I don’t wish that to happen again. It was a tough year but there came a time when we thought we were getting some relief but now when things are continuing this way‚ it’s like we are going back to where we started‚” she said.

“They have worked so hard and given so much of themselves. We still have support and wellness programmes for our staff. In addition to all of that‚ every now and again we receive donated hampers which we hand out to our staff‚” he said.