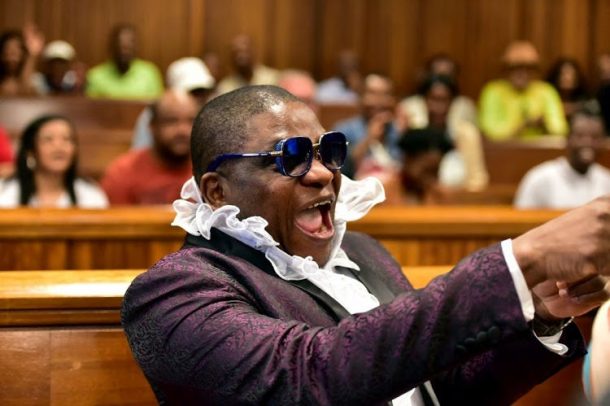 On Monday the state’s first witness in Nigerian pastor Timothy Omotoso’s trial waived her right to testify in a closed court‚ HeraldLIVE reported.

Asked by Port Elizabeth high court judge Irma Schoeman whether she wanted to testify in a closed court‚ Andisiwe Dike replied confidently: “I do want to testify in an open court.”

The court has heard so far that Dike‚ 30‚ was born and raised in Peddie. The eldest of three children‚ she was raised by a single mother.

It was her mother‚ she testified‚ who introduced her to the Jesus Dominion Church in East London in 2014‚ after Dike developed a drinking problem worsened by her battle to find work.

“I was seeking employment when my mother invited me to the church‚” she said.

While attending her first service‚ Dike was called to the front‚ where a “Pastor Chucks” had prayed for her‚ and she fell over during the prayer.

She later heard testimonies‚ including that of a baby born without an anus being healed and a deaf man regaining his hearing.

During a night vigil in September 2015‚ Dike — who was an usher at the time — was praying when she saw Omotoso get up and make his way to the bathroom.

A few minutes later‚ she felt someone’s arms around her.