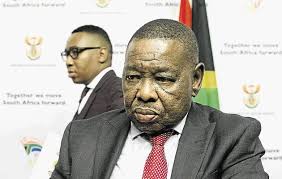 Finally! The new funding deal meant to bring peace to campuses across the land

Details have emerged of the new student funding scheme intended to end the strife that has rocked campuses across the country.

Now the race is on to be one of 2‚000 students in the pilot for the new “missing middle” tertiary education funding scheme.

It will be used to fund students from households with annual income between R122‚000 and R600‚000 — the so-called “missing middle”. The funding will be available for the duration of the guinea pigs’ studies.

Six institutions will be part of this year’s pilot‚ and students in the pilot must be studying in one of eight areas.

The Ikusasa application form describes the programme as “a hybrid funding model structured in the form of a grant/loan/family contribution”.

From 2018‚ when it is intended that Ikusasa takes over all funding from the National Student Financial Aid Scheme‚ “means-tested students who come from very poor backgrounds … will receive fully subsidised funding”‚ it says.

“Students from middle-income families will receive funding that is split between grant‚ loan and family contribution based on (Ikusasa’s) financial means test results‚ with a greater portion of their studies falling in the grant section during their first and second year of study.”

Ikusasa would also assist with money for accommodation‚ meals‚ books‚ equipment and a stipend‚ as well as providing academic‚ social and psychological support.

This would be done using “a unique wraparound support model developed and successfully implemented by the South African Institute of Chartered Accountants’ Thuthuka Bursary Fund”.

“It takes more than the provision of financial support to make financially disadvantaged students successful in their studies‚” says Ikusasa.

“There is a need to provide individual and family security as well as both professional and social skills if students are to truly thrive.”

By addressing this‚ “the only thing Ikusasa-funded students need to concentrate on is their studies”.

Task team member Chantyl Mulder‚ executive director of the accountants’ institute‚ said: “You are not just investing in students‚ you are investing in their success.”

Ikusasa says it wants participants in the pilot to be willing to put their studies first. “They will be part of a programme that‚ if successful‚ has the potential to change the lives of thousands of students in South Africa‚” it says.

Tasneem Salasa‚ the manager of student financial aid at UCT‚ said even if missing middle students applied for the pilot they should continue with applications to sponsors and UCT.

“The more options you have‚ the better your chances of getting the best funding‚” she said.